Fantasy Football Waiver Wire: 5 Players To Pick Up In Week 8 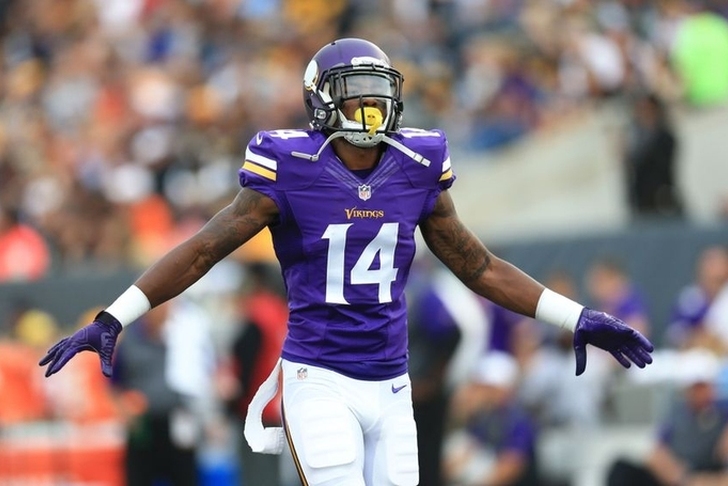 The seventh week of the fantasy football season is in the books. Whether you are 7-0, 0-7 or somewhere in between, you might be itching to make some waiver wire moves to improve your team. With bye weeks here, making a few moves might be necessary. If you’re looking to add some depth, there are a few players owned in less than 50 percent of leagues worth picking up. Here are five fantasy football players you should consider signing. Diggs was on this list last week, but I wanted to be sure he wasn't a flash-in-the-pan. After a third straight game of at least six catches and nine targets, I'm sold. Pick him up in all formats and don't be afraid to start him in the flex position. I'm a big fan of Diggs as an NFL player, and now the same is true of him as a fantasy option.

At this time last week, all indications were that Christine Michael was going to receive more carries. That turned out to not be the case, as McFadden produced a monster game. After his dominant effort against the Giants, the Cowboys might not be able to turn back to Joseph Randle unless McFadden struggles. Add McFadden in most formats this week, especially if you picked up Michael last week.

With the loss of Arian Foster, Blue should receive the bulk of the carries going forward. While Chris Polk should get a few touches each game, Blue is the starter. Still, Blue isn't the player Foster is and won't match his numbers. Excluding one game against Tampa Bay, Blue was an awful fantasy player this season. If you're still searching for tight end help, Reed might be the answer. He's fresh off a great game against the Buccaneers, and produced solid numbers earlier this season. Now that he's back from injury, Reed is a borderline Top 10 TE. However, be wary of his injury issues.