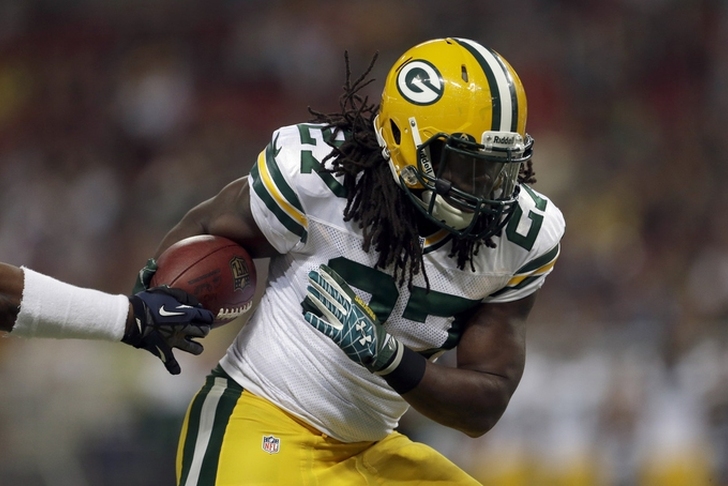 The sixth week of fantasy football is in full swing. The waiver wire has already opened and you're likely trying to figure out your lineup before the Thursday night game. If you're having some issues, we're here to help. You won't see your studs on this start 'em or sit 'em list. Of course you're going to start Adrian Peterson, Julio Jones and Aaron Rodgers. You don't need me to tell you that. This list is designed for the fringe players. If you're unsure which of your options you should go with, this list can help. The sleeper section is designed for those in deep leagues, or if you're really desperate. Here are your start 'em, sit 'em and sleepers for Week 6.

Bortles has been on fire as of late, dropping 19-plus fantasy points in three of his last four starts. The Texans defense has been shaky all year against the pass, so we're expecting yet another performance in the mold of his 303-yard, 4-TD performance against the Bucs.

Bradford is starting to reward players who targeted him as a QB1 during draft time. He's scored 17 or more fantasy points in each of his last two starts and he's going up against a NY Giants secondary this week which struggles against high-volume passers.

Ryan has been off his mark over his past two starts, averaging just 255 yards passing with 1 combined TD and 2 INTs. However, there's no reason to sit him against the Saints regardless of his recent lack of production. Ryan has amassed 6 TD in his last three games in New Orleans.

Lewis is a PPR RB1. Let that sink in. A Belichick running back is an RB1. He's also dropped at least 12 points in standard leagues in every game he's played this season. If Lewis is somehow sitting on the waiver wire in your league, JUMP on picking him up. If you can get him for value in a trade, do it.

Hyde is an easy RB2 play this week matched up against a suspect Ravens run defense which has been gashed on the ground the past two weeks. He ran for nearly 100 yards and scored 15.7 points against the Giants last week. He should be even better here.

If you picked Lacy in the top five of your fantasy draft, you're likely ready to throw in the towel on him. However, he's worth dusting off (if you benched him) against a Chargers defense that's 30th in the NFL in fantasy rushing points allowed.

Wright complained openly about a lack of targets following last week's loss to the Bills. He won't be worried about it come Sunday against a Dolphins secondary that has been absolutely shredded on a consistent basis.

Hilton has been middling all year long, but he's going to receive a jolt with Andrew Luck expected back from an injured shoulder. The Pats secondary is softer than you think, and Hilton's due for a couple big plays. Slot him comfortably into your WR2 slot this week.

The same reason why his teammate, Kendall Wright, belongs in your lineup is the reason why you'd be smart to pull Walker up into your starting lineup. He's been meh in fantasy so far, but he should run wild through the middle of a soft Dolphins D.

Tannehill has been one of the biggest QB1/high QB2 busts of this year's fantasy football season. That trend is only going to continue against a Titans D who has locked in well against traditional pocket passers all year long.

Don't start riding McCown just because he threw up a 457-yard, 2-TD game against the Ravens last week. He's a BAD play this week against a Broncos defense that gives up less than 8 fantasy points a game to QBs.

Every time Smith appears to get a consistent scoring groove, he flattens out with an awful performance against a team he very well should torch. Last week's stinker against the Bears is a warning sign. Don't play Smith this week unless he's your only option -- the Vikings secondary has allowed just five passing TDs and their pass rush should bother the Chiefs QB all day.

Stewart isn't even an emergency flex play this week against a Seattle Seahawks defense that kills running games dead. There's also the fact that Stewart hasn't eclipsed 8.2 fantasy points in any of his four games this season. Stay away.

Morris is stuck in committee-land with rookie Matt Jones, and he still wouldn't be trending up this week against the Jets even if he was the unquestioned lead back. New York is rested after a bye and comes into Sunday's matchup 2nd-best in the NFL is rushing fantasy points allowed.

New coach. Underperforming lead back. Not an inspiring combo, especially when he's going up against a Titans defense that has been extremely stout against the run.

Cooks rewarded fantasy owners' patience with a breakout performance against the Eagles last week, but he's heading into an awful matchup with a Falcons pass defense that currently ranks 5th in the NFL in fewest WR fantasy points allowed.

Harvin has been a ghost all year long, routinely scoring 5.5 fantasy points or less. He's not even a flex play right now, and we're almost to the point where we'd consider cutting him and repurposing a roster spot.

The Ravens are likely to play it careful with lead back Justin Forsett's ankle injury. Even if Forsett does get the bulk of the carries, Allen has been getting red zone touches and could go full vulture mode against the 49ers.

Crowder has impressed Redskins coaches with his soft hands and run-after-catch ability, and he's also started to gain the trust of QB Kirk Cousins. Cousins has been targeting Crowder more and more the past few weeks. That trend should continue on Sunday.

There are more Aaron Rodgers targets to go around with Davante Adams sidelined, meaning that Rodgers is a solid PPR play if your lead TE is on a bye. He's caught 11 passes over the past two weeks.