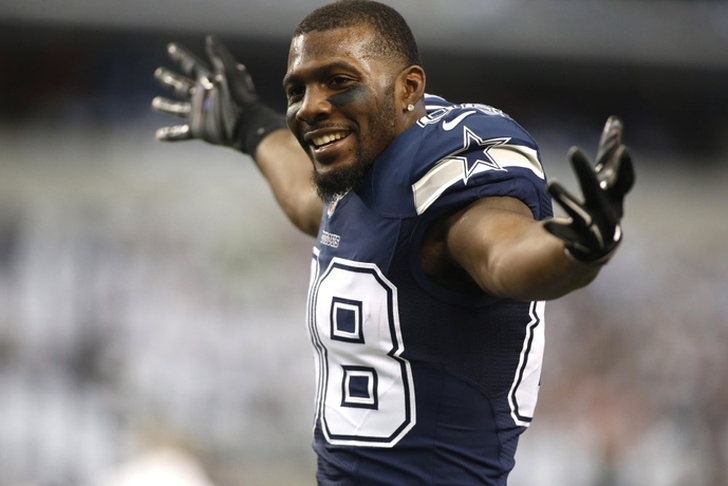 Ready to give your fantasy football lineup a needed jolt heading down the stretch towards the playoffs? Freaking out about a crucial decision which could make the difference between championship glory and being the butt of all of your friends' jokes. We're here to help with our Fantasy Football: Start 'em, Sit 'em and Sleepers For Week 12.

Do we really have to tell you why you should be playing Palmer against a hide-and-go-seek San Francisco 49ers defense? Palmer is a top-flight QB1 and should have a field day against a SF secondary which is giving up nearly 20 points a game to opposing QBs.

The Seattle Seahawks' vaunted "Legion of Boom" has looked merely mortal against elite quarterbacks this year. You may be tempted to sit Big Ben just on name alone, but he has the weapons to exploit Seattle's under-publicized vulnerability on the back end.

You might be tempted to give up on Bortles as a week-to-week play with declining production over his last three games, but he's liable to torch a Chargers secondary giving up nearly 18 points per game to opposing QBs.

Murray's should gash a porous Detroit Lions run defense working on a short week. While DeMarco hasn't lived up to top RB1 billing this year, he's still putting up points. You'd be crazy to sit him for one of the most advantageous matchups he'll see all year.

You might be tempted to sit Ivory given that the Jets coaching staff has seemingly forgotten how to utilize its running backs. However, he's a comfortable play this week that simply can't stop the run.

Play Yeldon for the same reason why you'd play Blake Bortles against the Chargers -- San Diego's defense is putrid. His fantasy value has fluctuated over the season, but this is an easy play.

If there's any time that Megatron is going to bust out of his fantasy funk, it's against the Philadelphia Eagles' horrid pass defense. Expect Matthew Stafford to target him early an often against the third-worst unit in the league working on a short week.

Fitzgerald has thrived against the 49ers his entire career. That won't change for the rejuvenated veteran wideout against San Francisco. If you have both Palmer and Fitzgerald rostered, you're going to have a great week.

Cobb's been having a rough go of it as of late, but that's going to change against a Chicago Bears defense that has consistently shown itself incapable of contain Aaron Rodgers or his weapons. Cobb himself has scored six times against the Bears in the teams' last four meetings.

While the Cleveland Browns' quarterback situation is a hot mess, Barnidge remains a fantastic fantasy value as the team's designted aerial safety valve. He's an unquestioned start every week, PPR or not, and he's going up against a Ravens team this week that he burnt for 139 yards and a touchdown in Week 5.

Lambeau Field is a personal House of Horrors for Cutler. He's logged four starts in Green Bay, turning the ball over 14 times (13 interceptions, 1 fumble) against just three touchdowns. Plus, he'll be contending with a short week and a Packers team that's buzzing after an impressive win at Minnesota.

You may be tempted to slot Ryan into your lineup based solely on home-turf advantage, but think twice. Minnesota has proven stingy against all levels of quarterbacks this year, and Ryan hasn't been consistent enough to assume automatic production.

We're sorry you picked Tannehill with a middle-round slot in your draft. We did too. It's time to relegate him to the bench after multiple weeks of subpar results.

We're not buying based on Hill's two touchdowns last week. Hill's yardage numbers have been subpar all season long, so you'll need a touchdown or two a game from him to break even. We don't see that happening this week against a stout Rams front seven.

If you're somehow still on the Anderson bandwagon, please step away from the computer for a minute and think it over. He's gone from surefire fantasy football riser to marginal platoon back over the course of the season. Especially against the Patriots this week, it's time to place him at the end of the bench.

Murray hasn't lived up to his billing for most of the 2015 season, including failing to top nine fantasy points in his last three games. The Titans run defense gives up just 14.15 points per game against opposing backs, and Murray's going to be a risky play either as an RB2 or FLEX.

It'll take some major guts for you to make this call, but we're banking on Bryant's numbers being held in check against Josh Norman and an elite Panthers pass defense. The Panthers have given up just one touchdown to teams' #1 receivers all year long.

Green has the name, but he doesn't have the week-to-week production needed from a unquestioned WR1. That's not going to change against a St. Louis Rams team which has taken pride in limiting the impact of opposing #1s. St. Louis has given up the second-fewest yards and just one touchdown to their opposition's top wideouts.

Another case of reputation over actual production, Witten's name is much bigger than his actual numbers this year. Even with Tony Romo back, you're not going to get much in the way of yardage out of the veteran TE.

Cousins has been a sneaky solid play at times in 2015, and here's another game he could easily break out in. The New York Giants are the only team in the NFL who's giving up more than 300 yards passing per game. They make decent quarterbacks look elite on a regular basis.

Johnson's production has waned as of late, but he's a solid flex play against a 49ers run defense which is allowing an average of more than 23 fantasy points a game.

If you're looking for sneaky PPR value, Landry's your man. If Darrelle Revis is out for the New York Jets on Sunday, Landry is an easy FLEX decision.