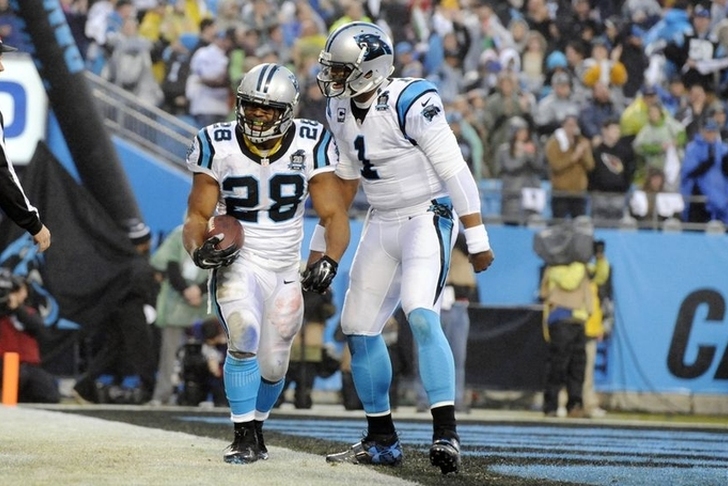 Week 13 of fantasy football is here. You're likely trying to figure out your lineup for this weekend, especially if the playoffs start in your league this week. If you're having issues, we're here to help. You won't see your studs on this start 'em or sit 'em list. Of course you're going to start Adrian Peterson, Julio Jones and Tom Brady. You don't need me to tell you that. This list is designed for if you're unsure which of your options to go with. The sleeper section is designed for those in deep leagues, or if you're really desperate. With that in mind, here are your start 'em, sit 'em and sleepers for Week 13.

Newton is going up against a Saints defense that made Kirk Cousins look like a great fantasy QB. I'm expecting big things from Cam this week.

Dalton hit a bit of a rough patch a few weeks ago, but played well against the Rams. Now he goes up against a Browns' defense that has issues everywhere. Dalton could produce top 5 QB numbers this week.

The Redskins and their awful ground game ran all over the Saints. Stewart could be in for a big day, especially if the Panthers take an early lead.

Allen saw the bulk of the work last week and that should be the case again. He's going against the Dolphins, who have struggled stopping the run. Allen is least worth a flex play.

I know; this sounds crazy, but hear me out. Miller has produced in the past this season, even putting together massive games. The Dolphins fired their offensive coordinator (again) and I have to believe the team's failure to even try running the ball was a major factor in that. I wouldn't be surprised if Miller gets plenty of work early and produces.

Bryant has a good matchup against the Colts. For whatever reason, Bryant seems to play well at home and the Colts' secondary struggle on the road. Bryant is worth a WR2 spot.

The Jets play the Giants and the G-Men have had serious issues in the secondary all season. That bodes well for both Brandon Marshall and Eric Decker. At this point, they both might be obvious starts each week. Both are worth starting at WR this week.

The Chiefs have been torched by opposing WRs this season, giving up the second-most fantasy points. That bodes well for both Amari Cooper and Michael Crabtree. At the very least, they deserve a flex spot in your lineup.

Thomas is fresh off his best week of the season and could have another strong game. He goes up against a Titans team that could have problems covering Thomas.

Brees is coming off back-to-back down weeks and now faces a deadly Panthers' defense. He could have a terrible game, so keep Brees (and other Saints) on your bench.

Wilson had a monster game against the Steelers last week, but don't expect similar numbers against the Vikings. Their defense is one of the best in the league and has shut down opposing QBs all season long.

The Giants run a committee that isn't very effective and they've often been on this list. Shane Vereen is usually a decent option in PPR, but that's not the case this week against a stout Jets' front seven.

Ingram against the Panther defense? Yeah, I'd avoid that at all costs.

Gordon is getting more work for the Chargers, but he hasn't upped his fantasy production. I don't expect that to change against Denver.

The Eagles have seemingly forgotten about Matthews this season. I don't expect that to change against New England.

Diggs had some big games earlier this season, but has regressed in recent weeks. Plus, he's going up against a really good Seattle secondary. Keep Diggs on your bench.

The Cowboys haven't done a great job of stopping the run in recent weeks, which could mean a decent game for Morris. It's a huge risk, but we are talking sleepers here. Plus, the Cowboys could come out flat with the loss of Romo for the season.

Jones is boom-or-bust, but he could have a big day against the Browns. I like Jones as a desperation flex play this week.

If you lost Rob Gronkowski or Jimmy Graham and are desperate for a fill-in this week, Rudolph is an underrated option. He gets plenty of targets, although he hasn't found the end zone often. The Seahawks have actually struggled against TEs this season.