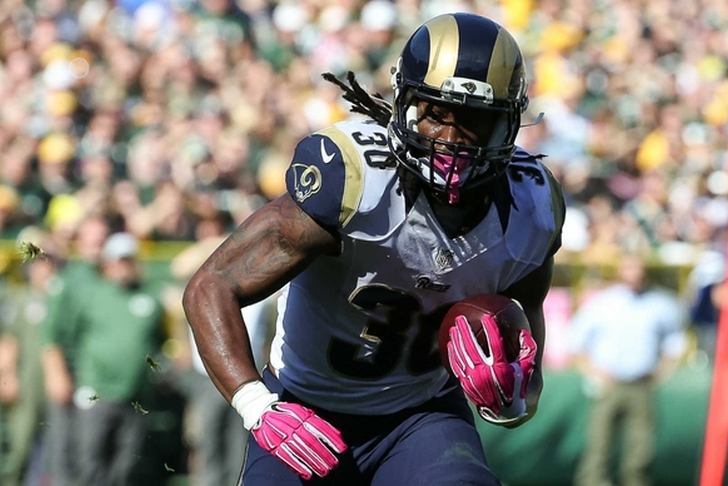 The seventh week of fantasy football is in full swing. The waiver wire has already opened and you're likely trying to figure out your lineup for this weekend. If you're having some issues, we're here to help. You won't see your studs on this start 'em or sit 'em list. Of course you're going to start Adrian Peterson, Julio Jones and Aaron Rodgers. You don't need me to tell you that. This list is designed for the fringe players. If you're unsure which of your options you should go with, this list can help. The sleeper section is designed for those in deep leagues, or if you're really desperate. Here are your start 'em, sit 'em and sleepers for Week 7.

Palmer has been a strong matchup play this season and the same is true this weekend against the Baltimore Ravens. The Ravens are allowing over 20 fantasy points per game, so Palmer should be in your lineup.

If you own Gurley, you better make sure you play him. He's rushed for over 300 yards in the past two games and goes up against the worst run defense in the NFL. Honestly, he might be too obvious a start to really belong on this list.

The Chargers have struggled stopping opposing RBs, giving up the most fantasy points to the position this season. If you've lost faith in Murray, he'll restore it this weekend.

Bryant sure made his presence known in his first game back. Even if Bryant doesn't match his blistering numbers from last week, he's worth a start. He has a good matchup against a Chiefs' defense that has issues against the pass.

Landry did most of his damage on the ground last week, as strange as that sounds. Still, the Dolphins are making sure to get the ball in his hands and he has a strong matchup. He's a borderline WR2 this week.

I'd feel a lot better about this if Tony Romo were healthy, but Matt Cassel could still target Witten often. Plus, Witten tends to torch the Giants when he plays them. He's a Top 10 play who could produce Top 5 numbers.

Hopefully you aren't in a position where you need to start Bradford. For starters, he hasn't played well this season and now faces a stout Panthers' defense. Bradford could be in for more turnovers.

It's starting to look like Randle is going to lose snaps to Christine Michael. I can't recommend Randle this week and advise finding a different option.

Gordon is battling fumbling issues and is losing playing time to Danny Woodhead. Until Gordon starts to produce, leave him on your bench.

Wright had been a matchup play this season, but I don't like him going up against the Falcons' Desmond Trufant. Keep him on your bench.

I understand if you don't have better options than Matthews this week, as I'm in the same boat in a deep league. However, he has a bad matchup against the Panthers and CB Josh Norman. I like Matthews long-term, just not this week.

Yeah, so avoid the Eagles' passing game. Ertz has a bad matchup against the Panthers, who are giving up less than six points per game to TEs. Find someone else if you can.

I'm not sure Tannehill qualifies as a sleeper, but he has struggled this season. I think Tannehill is going to bounce back soon and he has a strong matchup against the Texans. Feel comfortable playing him if you're low on options.

I'm not sold on this and there is definite risk. However, Michael has upside and could grab enough carries to be a worthwhile fantasy player. Still, I don't think he's much more than a desperate flex play.

A touchdown saved Hurns' game last week, as he wasn't targeted often. I'm expecting a bounce back effort in London. The Jaguars could be forced to throw the ball often.

Rudolph has been a favorite target of Teddy Bridgewater this season, even though Rudolph isn't putting up huge numbers. That could change against the Detroit Lions. If you're desperate, playing Rudolph could pay off.