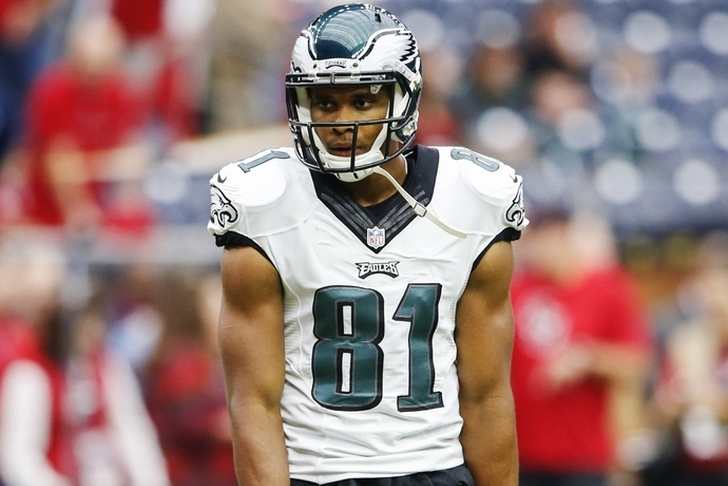 The fifth week of fantasy football is in full swing. The waiver wire has already opened and you're likely trying to figure out your lineup before the Thursday night game. If you're having some issues, we're here to help. You won't see your studs on this start 'em or sit 'em list. Of course you're going to start Julio Jones and Aaron Rodgers. You don't need me to tell you that. You're also not going to see a backup on this list; you already know to not play Knile Davis. This list is designed for the fringe players. If you're unsure which of your options you should go with, this list can help. The sleeper section is designed for those in deep leagues, or if you're desperate. Here are your start 'em, sit 'em and sleepers for Week 5.

I know that Bradford hasn't put up huge numbers this season, but he has a great matchup against the New Orleans Saints this week. If Brandon Weeden can throw for 246 yards and a TD, Bradford should have little issue torching New Orleans. With several teams on bye, you can feel safe plugging and playing Bradford this week.

Oh look, Palmer makes this list again. Palmer had a bit of down game against the St. Louis Rams, but still produced 16 points. He's got a strong matchup against the Detroit Lions, a team that has issues in the secondary. Palmer could have a big day.

Forsett finally had a big game against the Steelers and should have another against the Browns. Hopefully you didn't give up on him.

Yeldon finally rushed for 100 yards against the Colts and could produce similar numbers against a Tampa Bay run defense that has issues. He's a RB2 play this week.

He's struggled since Week 1 (as have the 49ers), but Hyde has a strong matchup against the New York Giants. He could produce like an RB2 this week.

Maclin has a great matchup this week. He's being targeted a ton, and as the Chiefs' only legitimate weapon at WR, that won't change. He could produce like a high-end WR2 this week against a porous Bears pass defense.

With Bradford already on this list, it shouldn't be a surprise to see Matthews here as well. He's been a bit inconsistent, but I think he has a big week for the Eagles. He's getting enough targets that he'll be a WR2 play most weeks.

I don't trust the Jaguars' secondary, as they haven't had any tough matchups yet. I'm not sure whether it will be Mike Evans or Jackson who will get the most targets, but I think you can play them both. Evans is a WR2 at worst and Jackson is a flex game.

Clay has played well lately and has a great matchup against the Titans. He'll produce like a TE1 this week.

Dalton is second in fantasy points this season (seriously), but faces the Seattle Seahawks this week. Keep Dalton on your bench if you own him.

Stafford hasn't played great this season and has a tough matchup against the Cardinals. Keep him on your bench this week. Hopefully, you have another option.

The Falcons are a good matchup, but who knows who is going to get the bulk of the carries this week. It could be Alfred Morris, Matt Jones or Chris Thompson. It's more likely they will all split carries. If you play one of them, you're pretty much banking on a TD, which is a dangerous move.

Another committee situation that scares me. If I had to rank them, the order would be Andre Ellington, Chris Johnson and David Johnson. The Lions don't have the greatest run defense, and I don't want to risk getting screwed by a committee.

Sticking with the theme here, I don't trust the Broncos' RB committee. Ronnie Hillman has played better, but had most of his yards come from one long run last week. I'd expect Hillman and C.J. Anderson to share carries again this week.

I still like Cooper going forward, but this a tough matchup. Aqib Talib will likely limit Cooper's production. The Broncos are among the league's best at shutting down fantasy WRs.

Bryant has potential going forward, but he's limited to being a deep threat. I'd prefer to wait-and-see with Bryant, especially with Mike Vick relying on short passes. That's not Bryant's game.

Wright is a steady matchup play this season, but he's got a tough one against the Bills. The Bills have shutdown Odell Beckham, T.Y. Hilton and Jarvis Landry this season, so I don't expect much from Wright.

Cook flashed early in the season, but has quickly regressed and has struggled since then. I expect him to put up little production against the Packers.

Smith is 12th among fantasy QBs, but is owned in less than 50 percent of leagues. If you're looking for a bye-week fill-in, Smith is a great option. He faces the Bears and has the potential to put up big numbers this week.

If you're really desperate, you might be able to get lucky with Dixon this week. LeSean McCoy is battling a hamstring injury and Karlos Williams is in concussion protocol. If they can't play, Dixon will get the bulk of the carries.

Hankerson has appeared on my waiver wire pickups for two straight weeks and much of the same logic is what makes him a sleeper this week. He's the No. 2 WR in Atlanta and has a strong matchup against the Redskins.

I'm not a big Daniels fan, but this is more of a statement about the Raiders' issues covering tight ends. If you're desperate, or have a starter on bye, Daniels might be your man.