Fantasy Football Rumors: With Leonard Fournette OUT, Can You Trust Chris Ivory In The Fantasy Playoffs? 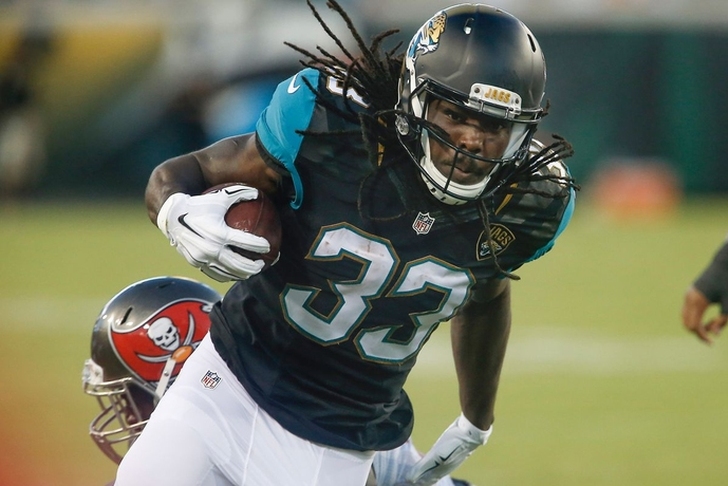 The Jacksonville Jaguars will be without starting running back Leonard Fournette in Week 15 vs. the Houston Texans. Fournette was unable to practice this week and yesterday ESPN reporter Chris Mortensen said that Fournette would be out Week 15.

You May Also Like: Can You Trust Aaron Rodgers In The Fantasy Playoffs?

With Fournette out, back-up running back Chris Ivory is expected to start in his place. Now fantasy owners are left wondering whether or not he is a safe start.

If you have any Fantasy Football questions about Ivory or any other players, hit me up on Twitter @MitchellRenz365.

Ivory has started two games in the place of Fournette this season and has produced decent fantasy production in both games. In Week 7 vs. the Colts, he ran 17 times for 47 yards and a touchdown. In Week 9 vs. the Bengals, he rushed 20 times for 70 yards, and also had three receptions for 34 yards.

It is the fantasy playoffs so it's must-win time, so trusting a back-up running back isn't easy. Considering the workload Ivory has been given in his two starts plus the struggles the Texans have shown recently, give me confidence in starting Ivory as a low-end RB2/Flex this week.