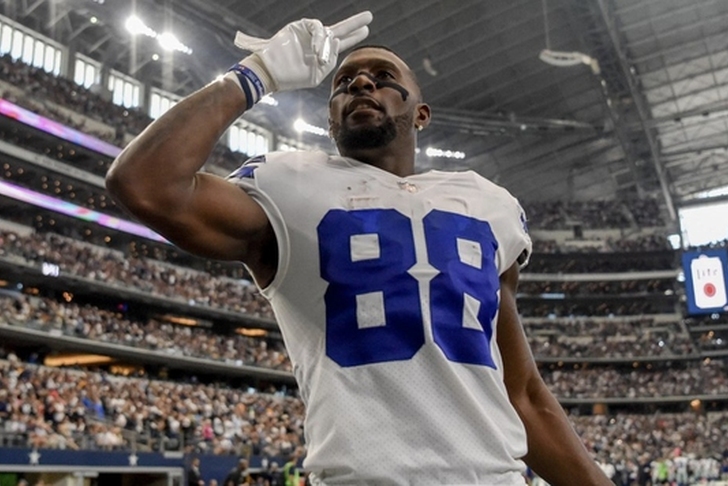 It's Week 10 in the NFL and the fantasy football playoffs are right around the corner. The time of the year where we need to know if our fantasy studs are playing. Normally by this time of the year, the Waiver Wire is thin so replacing players who have been solid starters isn't easy. If you have either Dez Bryant or Chris Hogan on your fantasy teams hit me up on Twitter @MitchellRenz365 or watch #AskMitchellLive on NFL by Chat Sports every Sunday Morning at 12:20 pm ET for all your last minute fantasy questions.

After leaving Week 9 with an ankle injury, his status for Week 10 has been in the air. He hasn't practiced yet this week but plans to practice on Friday.  Bryant is confident that he will play but I would say just pump the brakes and continue to have your fingers crossed.

Obviously, if Bryant plays he should be started in all leagues. The Cowboys will have to rely on their passing game more now that Ezekiel Elliott has been suspended.

The good news for Chirs Hogan fantasy owners is he will not require surgery and will have to rest and rehab the injured shoulder. According to the Boston Herald's Jeff Howe Hogan was still in a sling at practice on Wednesday. With a bye week to help Hogan rest the hope was he would be healthy and ready to roll in Week 10.

The bad news for fantasy owners is I wouldn't hold your breath on Hogan for Week 10 suiting up against the Denver Broncos. Look for guys like New England Patriots running back Rex Burkhead and wide receiver Philip Dorsett to step up.

If you want to hear more about these players, luckily for you Tom Downey and Mitchell Renz talk about quarterbacks and much more on The Fantasy Football Rumors Podcast.