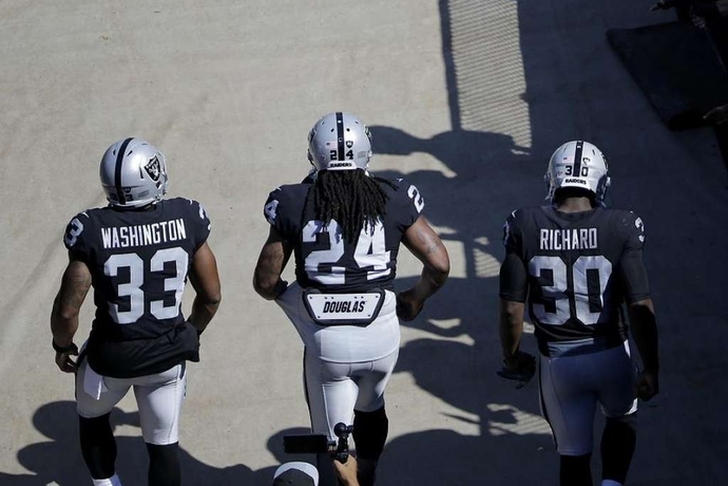 So from what I have been hearing and seeing around Twitter is that NFL Bye Week 8 is a headache. Probably could have used a bunch of different adjectives but I will leave that for you. Tweet @MitchellRenz365 the best adjective to describe Week 8 in fantasy football and at least attempt to keep them somewhat clean. If you don't find what you're looking for in this article, I am willing to bet you find it in the podcast below where Tom Downey and Mitchell Renz talk about the biggest Fantasy Football Rumors in Week 8 of the NFL.

With six teams on a bye this week (Arizona Cardinals, Green Bay Packers, Jacksonville Jaguars, Los Angeles Rams, New York Giants, Tennessee Titans) this really cripples people this week. If you want to send me your Week 8 Bye week dilemmas like James did, please do. I am happy to help and sometimes I need a good laugh!

Ok so let's get into the real reason. You clicked on this article. You are looking for some reliable options to add on the Waiver Wire this week and going forward. Yes, this week is going to be rough but I am confident we will get through it together. Unless you're James because that's rough... Sorry, James!

JuJu Smith-Schuster Fantasy
He is a waiver wire add for this week and going forward simply because the Steelers are showing that he is above wide receiver Martavis Bryant on the depth chart. Bryant has expressed his displeasure in Pittsburgh and the reason is that the rookie Smith-Schuster has taken his job. Over the last six games, JuJu has scored three touchdowns, is averaging three catches and about 39 yards. I expect to his role on the team to continue to get bigger with a likely Bryant trade coming up soon since the deadline is approaching. Be confident when picking up JuJu on the waiver wire.

DeAndre Washington and Jalen Richard Fantasy
Picking the Oakland Raiders running backs for fantasy is a bit of a head-scratcher entering Week 8. This is a question because Marshawn Lynch Suspension Was Upheld for one game after he pushed a referee. So who should fantasy owners pick up DeAndre Washington or Jalen Richard? What if I said both? If you're in a standard league I think the pick is Washington. Last week he had nine carries for 33 yards and a touchdown on the ground with three catches for seven yards through the air. I expect Washington to be the goalline running back in Week 8.

If you're in a PPR league the option is Jalen Richard. He has shown to be the better PPR running back catching four passes for 45 yards last week. If you're in a half point PPR league maybe flip a coin? I'm not totally kidding but if you're not a fan of leaving things up to chance I think the Raiders win in Week 8 so I'd go with Washington because he has a better chance of finding the end zone.

Both running backs had close to the same snaps and touches in Week 7 and I would expect that to continue in Week 8. These running backs are simply fill ins for Week 8 to help you survice ByeZilla.