Fantasy Football Rumors: Should I Trade or Buy Low on Jordan Howard? 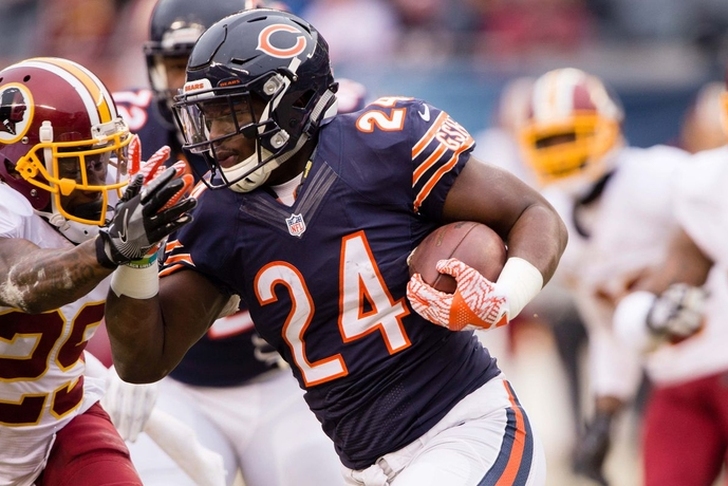 A burning question that I have been presented with on Twitter (@MitchellRenz365) is what do I do with Chicago Bears running back Jordan Howard? Do I trade him or to I buy low on him? It is a good question and a question that I expected since he was my biggest running back bust coming into the season. But not even I expected the breakout of Tarik Cohen who currently leads all running backs in targets to be having the season he is having.

This season Howard is averaging 2.7 YPC which I'll be honest I am not totally surprised. The warning signs were there last season. Teams are just stacking the box against Howard and last season he averaged only 3.4 YPC on stacked boxes. Teams are challenging the Bears to beat them through the air and with their weak receiver corps and quarterback play, that simply hasn't happened yet. Also, the emerging "Human Joystick" that is Tarik Cohen has looked great. Cohen is averaging 6.6 YPC and has received 21 targets in the passing game. His 10.5 targets a game is the 6th highest in the NFL. He has more targets than guys like Michael Thomas, Amari Cooper, and Keenan Allen to name a few.

I wanted to see what the #FantasyFootball community on Twitter had to say about Howard. So I made this tweet below.

In terms of #FantasyFootball. Use an emoji to describe your feeling on Jordan Howard? #GoBears

If you want to add to the discussion please do but I'll say 95 percent of the emojis were not good. So if you trade him would the value really be there? I don't think I would trade Jordan Howard for a wide receiver who I may throw in my flex spot. Would I buy Howard? Well it depends, I didn't like Howard in the beginning of the season so the only way I would trade for him is if I would get him for nearly free.

So to answer the question. Should I Trade or Buy Low on Jordan Howard? If I had to pick one I'd say buy low but only if the owner is willing to give him away. Like we are talking yard sale kinda of giving him away. If the person selling him is bickering with me over a nickel like most people do at yard sales then you can keep him, I don't want or need him that bad.