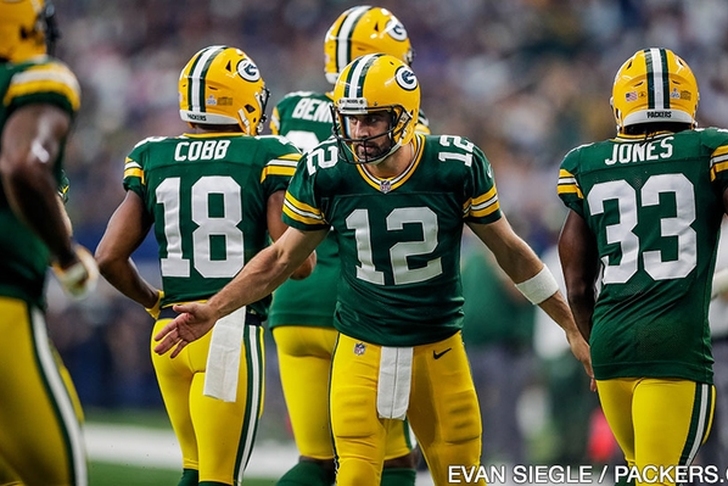 The Green Bay Packers are coming off a huge 26-20 overtime win against the Tampa Bay Buccaneers on Sunday. With that win, the Packers move to 6-6 on the season and keep their playoff hopes alive.

Aaron Rodgers suffered a right shoulder injury on this play. He has been carted to the locker room. #GoPackGo #GBvsMIN pic.twitter.com/aSa864w0Fm

If you like fantasy football and want to hear more about Aaron Rodger's fantasy value, luckily for you, Tom Downey and Mitchell Renz talk about him and much more on The Fantasy Football Rumors Podcast.

Rodgers Returns To Practice
Rodgers is back at practice for the first time since he broke his collarbone on October 15th against the Minnesota Vikings. With that being said, he isn't eligible to return until Week 15 against the Carolina Panthers.

Source: Packers QB Aaron Rodgers officially returned to practice today. He’s eligible to play as soon as Week 15. The team has 21 days to activate him to the roster.

Packers quarterback coach Alex Van Pelt said, “You saw him throwing out there in Pittsburgh. He's doing well. He's getting healthy and he's following right along in rehab. He's probably ahead of the curve a little bit, but there's really not anything to talk about until there's something to talk about.”

Packers targeting Week 15 at Carolina for return of QB Aaron Rodgers, contingent on Green Bay being in playoff contention and the QB receiving medical clearance, per league source.

With the Packers still in playoff contention come Week 15, Rodgers will play and be a must-start fantasy quarterback.