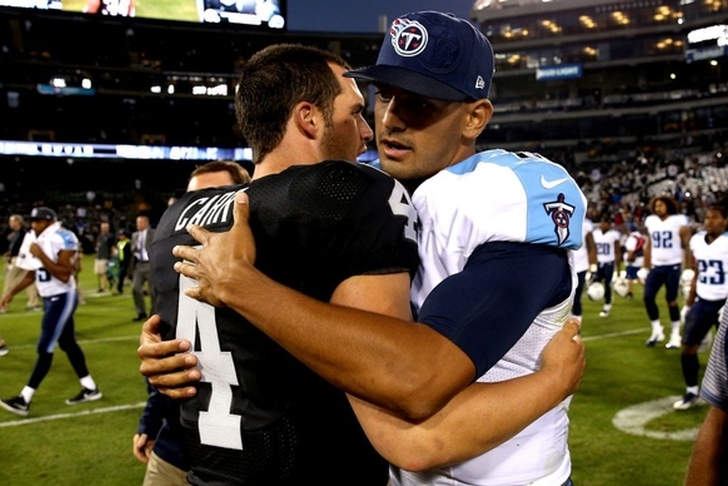 Two big Fantasy Football Rumors entering Week 6 are between two quarterbacks who seem to get injured together. Perhaps they will get healthy together and both play this week. The Oakland Raiders and Tennessee Titans have looked horrible without their quarterbacks. Luckily it looks like both Mariota and Carr will play in Week 6. If you're dealing with more fantasy football dilemmas please hit me up on Twitter @MitchellRenz365 or on Facebook.

Mariota is hopeful he will be able to play on Monday Night Football against the Indianapolis Colts. He said he was feeling a lot better and with him getting an extra day of rest and the Titans playing it safe last week and sitting him it is looking like Mariota will play this week.

Carr injured his back in Week 4 and it was first said that he would be out 2-6 weeks. Carr after missing only one week is set to return against the Los Angeles Chargers. With him returning so quickly this will be a game to monitor since it is a similar situation to Tony Romo's back injury. When Carr was asked how he feels he said: " It just hurts." "There's not really much more to it. It's just one of those things you gotta deal with, just like everybody in the NFL right now." So judging by these words it is looking like Carr also will play.

Both are young and franchise quarterbacks so having them on the field is good for the NFL and fantasy football. You have to cross your fingers that both players can get healthy and avoid injury in the future.