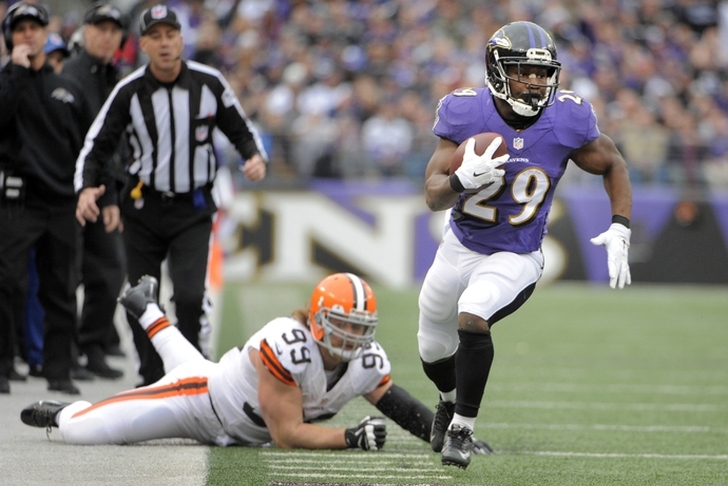 The sixth week of the fantasy football season is set to really get started Sunday. The Atlanta Falcons already lost to the New Orleans Saints and several players put up solid games. If you started Ben Watson, you're either from the future or an insane genius who got lucky and struck gold. Before your lineup is set for this weekend's games, here are the latest fantasy football rumors and news entering Week 6:

- Ravens RB Justin Forsett is questionable this weekend, and the Ravens promoted a RB from the practice squad. That doesn't bode well for his fantasy owners. Be careful if you own Forsett. If he can't go, Buck Allen should get the start.

- Dolphins RB Lamar Miller hasn't had many touches this season, but interim head coach Dan Campbell plans on changing that. I am totally on board with starting Miller this week.

- Jaguars RB T.J. Yeldon should be able to play this weekend. He's risky because of the injury, but he's got a great matchup.

- Lions TE Eric Ebron is out. Hopefully, you weren't leaning on him too much, if at all.

- Colts QB Andrew Luck practiced Friday, which means he should play this weekend. He's worth starting in all leagues, and his return boosts the value of Andre Johnson and T.Y. Hilton.

- Bills QB E.J. Manuel should get the start this weekend. He's not worth playing in most fantasy formats.

- Bills RB LeSean McCoy should return for the Bills, saying he's ready to play. He's a risky play, but the upside is high.

- Bills WR Sammy Watkins said his lack of targets is making the Bills look bad. His fantasy owners likely agree. Assuming Watkins plays this week, and I expect he will, don't be surprised if Manuel targets him early and often.

- With Chiefs RB Jamaal Charles out, expect Charcandrick West and not Knile Davis to get the bulk of the work. If you're desperate with Charles out, West is an option as a replacement.