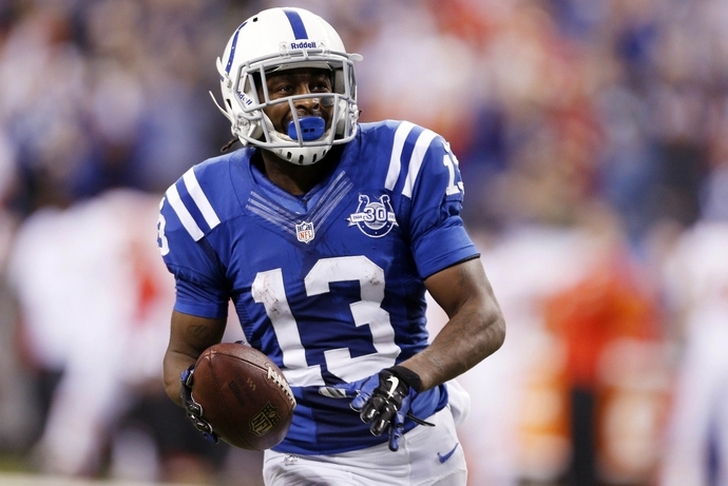 The second week of the fantasy football season is already underway after the Denver Broncos won a thriller over the Kansas City Chiefs. Several players put up big games, including Demaryius Thomas, Emmanuel Sanders and Jamaal Charles (despite two fumbles). C.J. Anderson struggled, but that wasn't a total shock. Before your lineup is set for Sunday's game, here are the latest fantasy football rumors and news entering Week 2.

Johnson had only four targets in Week 1, but that shouldn't be the case going forward. If you own him, feel comfortable starting him.

The latest reports expect Evans to play in Week 1, but he's a risky fantasy play. It's unclear how much he'll play and how effective he'll be. If you have a safer option, it might be best to sit Evans.

McCoy is questionable with a hamstring issue. He might be best left on the bench, especially if you have his backup, Karlos Williams. Even if McCoy can play, he might not be 100 percent. He's a risky play this week.

This situation is complicated by the Colts playing on Monday night. The Colts are "optimistic" Hilton can play, but it's a risky fantasy play. Unless you have Donte Moncrief on your bench (or another Monday Night WR) you run the risk of Hilton sitting and getting zero. It might be best to just bite the bullet and play someone else.

Agholor didn't put up much in Week 1, but he was on the field for the second most snaps among Eagle WRs. Don't panic and move Agholor yet; his upside is still high.

Ivory tweaked his hamstring, but he should be fine for Monday. He's got a good matchup against the Colts.

Foster is out for Week 2, but he did practice this week. That's a promising sign for fantasy owners who have Foster. He could be back soon.

With Andre Ellington out, Johnson takes over starting duties. If you're desperate, Johnson is a decent play this week.

Dez Bryant might be out for several weeks, but don't expect a major uptake in Beasley's numbers. He's still the slot WR, which means he's limited to a PPR backup.

If any Cowboy is going to see a major uptick in targets, it's Williams. He's the Cowboys No. 1 and could play like a WR2. He does need to eliminate drops though.