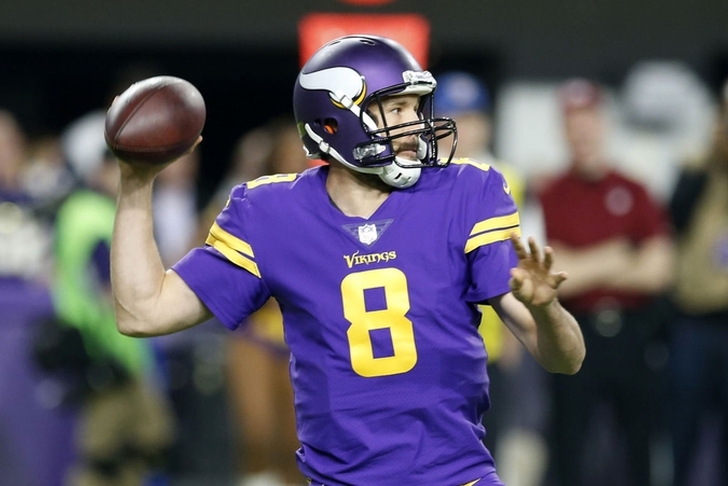 If you own a Sam Bradford or a piece of the Minnesota Vikings offense in fantasy you may be panicking. There are many reasons to worry if Bradford is out. Week 1 against the Saints the Vikings looked like a valuable offense for fantasy owners and Bradford is the captain of the ship. So I will break down how the Bradford injury impacts the Vikings offense from a fantasy standpoint. Since we can't predict the future it is unclear how many games Bradford may miss so below is the Vikings games the next three weeks.

You can now listen to Chat Sports | NFL Daily Podcast which can be found on iTunes and Google Play
Week 3: vs. Buccaneers
Week 4: vs. Lions
Week 5: @ Bears

The Vikings offense struggled last week against the Steelers but that was due to the chemistry of the offense with Case Keenum. The main fantasy players that are impacted by the injury are Stefon Diggs, Adam Thielen, Kyle Rudolph. So yea basically the pass catchers are on my do not start list until Bradford comes back. The only Vikings player I will feel comfortable starting is running back Dalvin Cook. Cook has looked great this season and even last week averaged 5.3 YPC and I expect him to get fed the ball while Bradford is out.

As soon as we find out more information on Bradford we will be sure to update you. As for Vikings fans and Bradford owners, I think this tweet describes fantasy owners that own Bradford very well.