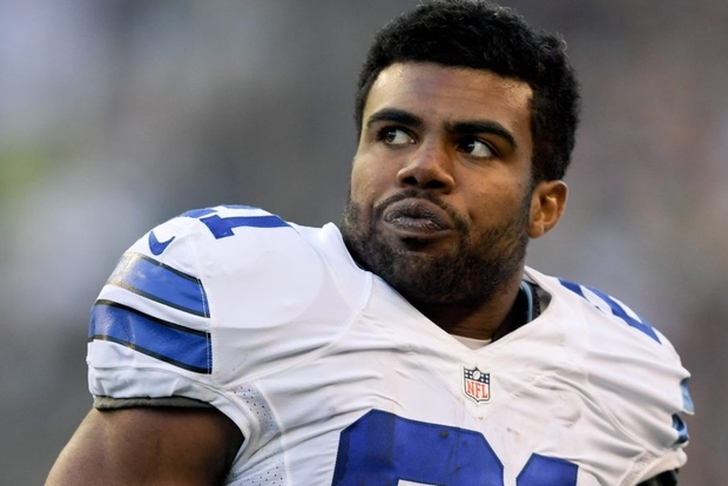 The Dallas Cowboys running back Ezekiel Elliott's suspension is reinstated. He will start serving his six-game suspension after the Cowboys bye week which is this week. Ezekiel Elliott will return Week 13 against the Washington Redskins.

Articles You May Like: Court Rules in Favor of NFL in Ezekiel Elliott Suspension

So what should you do? Do I keep him, do I cut him or do I trade him? Obviously, every situation is a little different. The first thing you should do is go to your waiver wire and add Darren McFadden and Alfred Morris as soon as possible.

So what should you do besides cry? Well, I don't think it is smart to trade Elliott, you simply won't get the value that he is truly worth. If you think you have a team that is good enough to make the playoffs without Elliott the next seven weeks (including bye) then you have to keep him. He will be back for the fantasy playoffs which is the most important time of the season.

If you're a team that doesn't have Elliott and have a strong enough team and have great depth at other positions I think you make a trade for him. This is a big-time trade I get it but he will be available for the fantasy playoffs. So in the words of Ricky Bobby if you ain't first you're last and that's my feeling with Elliott. If you have him hang onto him if not go trade for him.