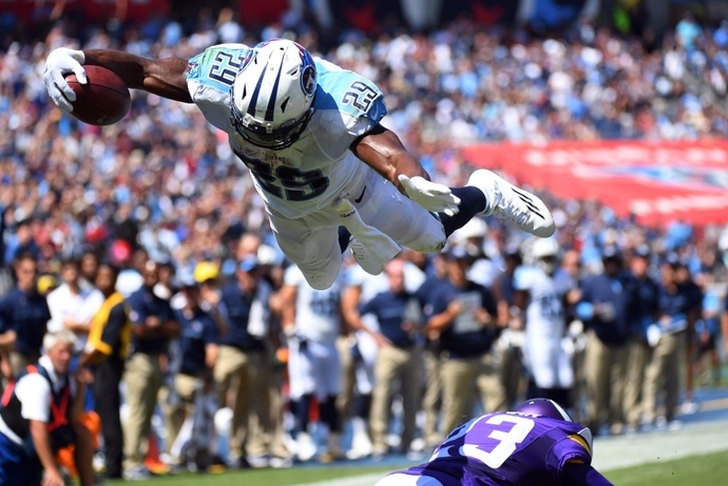 What an incredible game for Tennessee Titans running back DeMarco Murray against a tough Seattle Seahawks defense. He finished the game with 14 carries for 115 yards and one touchdown. He had an exceptional 75-yard touchdown run which you can watch below.

The news we heard all week was that Murray is in trouble of losing his job to sophomore running back Derrick Henry. Henry has run the ball well racking up 177 rushing yards on 33 carries (5.2 YPC) with a touchdown this season. Compared to Murray who has 35 carries for 184 yards (5.3 YPC) and one touchdown. Normally I don't like the argument "If you take away his 75-yard touchdown run" argument but I think it makes sense. Murray hasn't looked good this season when running the ball. If you take away his one giant run he is averaging only 3.2 YPC.

With Henry continuing to get work and is in a 50/50 timeshare with Murray at the moment. I think people still believe the Seahawks have a great defense and if you can trade Murray for a WR1 or a top 12 running back you should take advantage of it. If you are unsure of a trade hit me up on twitter @MitchellRenz365 and ask for my opinion.