Fantasy Football Rumors: Can You Trust Kenyan Drake In Your Fantasy Championship? 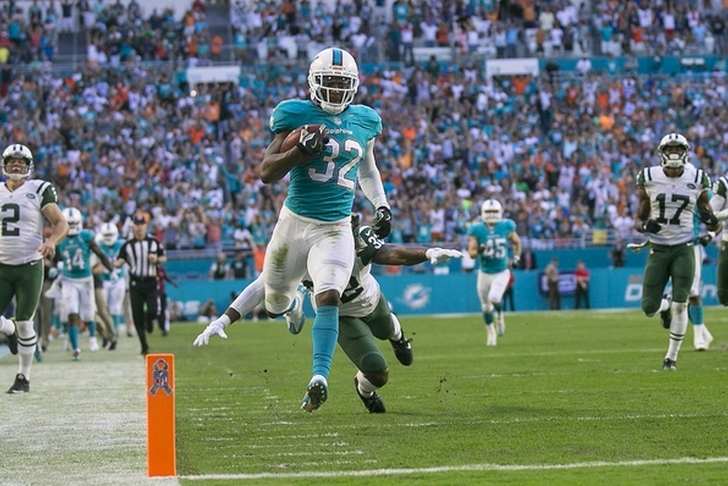 The final week is bittersweet in fantasy football since it's the last week until next season. If you were lucky enough to make it to your championship game, congrats! If this isn't your last week because your championship is in Week 17, then please get out of that league as soon as possible. Fantasy football should go until Week 16 and no further, but that is a whole other topic to discuss. The reason why you clicked on this article is to find out whether or not you can trust Miami Dolphins running back Kenyan Drake. This question is somewhat surprising considering Drake the last four weeks of the season is a top-five fantasy running back racking up 332 rushing yards, 162 receiving yards, and three total touchdowns.

If you have any other fantasy football questions hit me up on Twitter @MitchellRenz365.

Workload
His workload is a question because it depends on whether fellow running back Damien Williams suits up on Sunday. Williams was limited in practice Wednesday as reported by Armando Salguero.

Williams is hoping to return against the Kansas City Chiefs after sitting out the last three weeks. Kenyan Drake has thrived in his absence, averaging 26 touches and 149 yards from scrimmage per game with two touchdowns over his last three games.

Matchup
The game is in Kansas City where the Chiefs have been a much better defense this season. The Chiefs defense is allowing an average of 17 points per game at home compared to 25 points on the road. On the season, the Chiefs are ranked the 11th best defense against the running back position, which means this matchup isn't the best. However, a running back has scored a rushing touchdown against the Chiefs in eight of the last nine games.

Verdict
I am a believer of "start your studs" in the fantasy playoffs and Drake has been a stud while Williams has missed time. If Williams misses this game, Drake is a safe RB 2 in this matchup based on the last three weeks of production. If Williams is able to play, the Dolphins can't go away from Drake considering he has been playing so well, which makes him a safe flex play. Bottom line when it comes to Drake this week, chances are he is a big reason why you've made the fantasy championship game, so don't be foolish and bench him now. Start Drake with confidence in Week 16.