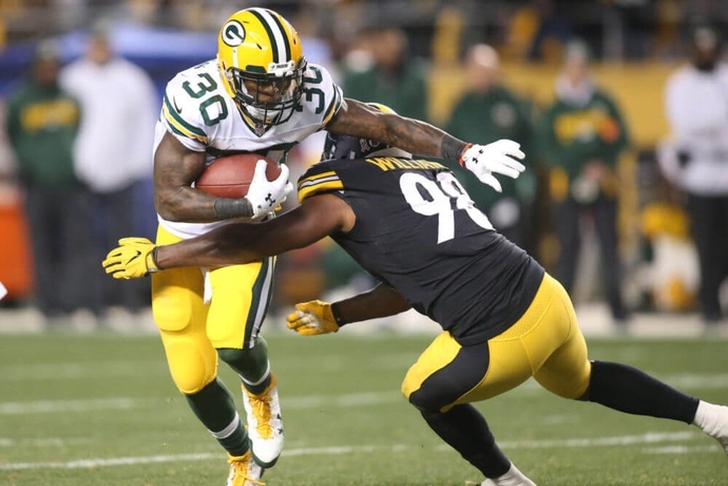 It's crunch time for many owners entering Week 13 of the fantasy football season. For some, the playoffs will start next week and for others, the offseason begins and it's back to the drawing board for next season. Don't be on the outside looking in so if you're facing difficult lineup decisions hit me up on Twitter @MitchellRenz365 and I'll do my best to point you in the right direction. If you wait until the last minute to make lineup decisions like me then I'd suggest you Follow Chat Sports on Instagram and watch my fantasy football segment every Sunday where I answer all your start-sit questions on Instagram Live!

Sit Devonta Freeman
After missing the last two games due to a concussion, Freeman has been cleared for Week 13 according to Adam Schefter:

Falcons’ RB Devonta Freeman, who missed the past two games with concussion, has been cleared to return to practice today.

Ok, before people freak out about the headline "Sit Devonta Freeman", it doesn't actually mean, don't play Freeman, it means to consider other options. The reason you should consider other options is because even though he has been cleared to play, is he a good start against the Minnesota Vikings? Unless there is a report that states he will be given a normal workload, I will not have the confidence to start him. This is his second concussion this season and the Atlanta Falcons won't want to rush back their franchise running back. Plus backup running back Tevin Coleman has been really good scoring four touchdowns in the last three weeks and the Vikings are the number one defense against running backs for fantasy football.

Start Jordan Howard
Howard had one of his most disappointing weeks in Week 12 when he carried the ball seven times for six yards. The Chicago Bears lost 31-3 last week against the best team in the NFL, the Philadelphia Eagles so it isn't a surprise he didn't get more carries. Breaking news. the San Francisco 49ers are not as good as the Eagles. The 49ers are the only team in the NFL that has allowed more than 300 rush attempts against them this season, and I expect a heavy dose of Howard who is currently third in the NFL in rush attempts. The Niners are allowing the most fantasy points to running backs this season, so start Howard with confidence in Week 13.

Start Jamaal Williams
According to Packers News, running back Aaron Jones returned to practice on Wednesday as a limited participant. Jones has missed the last two weeks due to a knee injury but before the injury, Jones was the starting running back for the Green Bay Packers. So the question here now is can you trust Jamaal Williams?

Yes, I believe you can trust Williams because I still expect him to be given a heavy workload and the Packers are playing the Tampa Bay Buccaneers who just gave up 97 yards and two touchdowns to Falcons running back mentioned above, Tevin Coleman. I would be shocked to see the Packers rush back Jones after Williams has proven he can handle a heavy workload with his 59 carries over the last three weeks and his ability to catch the ball with his four receptions in two straight games. Williams will be the starting running back and should be started against a Buccaneers defense that has allowed eight rushing touchdowns in their six road games this season.

If you like NFL news and fantasy football rumors, luckily for you Tom Downey and Mitchell Renz talk rumors and much more on The Fantasy Football Rumors Podcast.