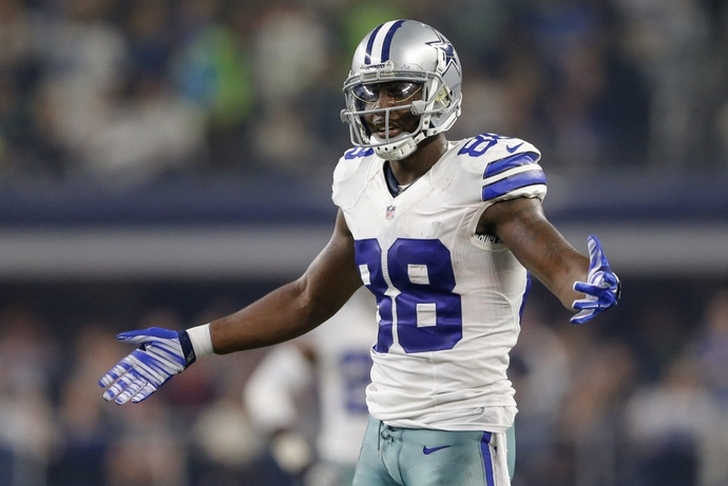 It's Christmas Eve and the final week of fantasy football, if you were lucky enough to make it to your fantasy championship game, congrats! If this isn't your last week because for some odd reason your championship is in Week 17, please get out of that league as soon as possible. Fantasy football should go until Week 16 and no further, but that is a whole other topic to discuss. The reason why you clicked on this article is to find out whether or not you can trust Dallas Cowboys wide receiver, Dez Bryant. This is an interesting question since Bryant was drafted so highly this season, but has failed to top 100 receiving yards in a game this season.

If you have any other fantasy football questions hit me up on Twitter @MitchellRenz365.

Production
It's hard to imagine that Bryant entering this game has only 63 receptions, 771 yards, and six touchdowns. He hasn't been the player most fantasy owners were hoping for when they drafted him as their WR1 in most cases. The most eye-popping stat for Bryant this season, he has zero 100-yard receiving games which has never happened to him in his entire eight-year career. His other jaw-dropping stat is his 53 percent catch rate, which is down from his career average of 58 percent.

Matchup
The Seahawks have built the reputation of having a lockdown defense. With injuries to CB-Richard Sherman, S-Kam Chancellor and others, this defense isn't the "Legion of Boom," we know and love. Over the last five weeks, the Seahawks have allowed six touchdowns to wide receivers. Plus the past two weeks, the Seahawks defense was exposed by the Jacksonville Jaguars and the Los Angeles Rams, combining for 72 points.

Answer
If there is one Cowboys wide receiver who can score against the Seahawks, it's Dez Bryant. In two of his last three games, Bryant has found the end zone, despite only seeing 16 targets. In an ideal matchup last week against the Oakland Raiders, Bryant only had two catches for 59 yards, but this is a new week and I'm confident in starting Bryant as a safe WR2 in all formats. When Bryant scores a touchdown this week, throw up the "X" at me on Twitter!