Fantasy Football Rumors: Alfred Morris and Rod Smith Are The Dallas Cowboys Running Backs To Own 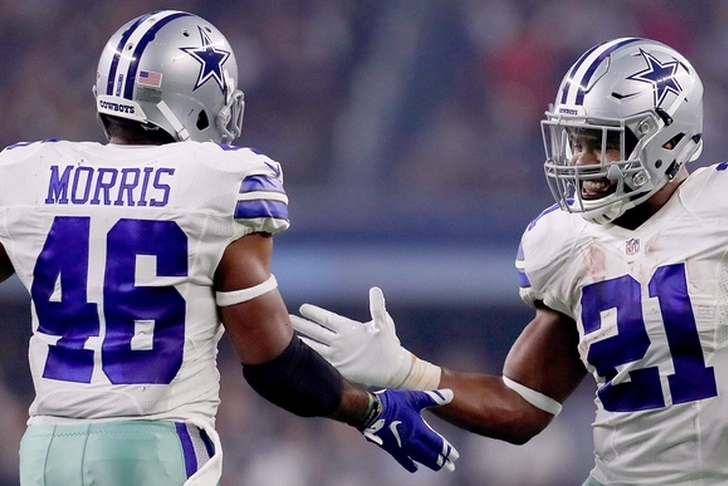 Dallas Cowboys running back Ezekiel Elliott has had his motion for an injunction denied by a three-judge panel from the 2nd U.S. Circuit Court of Appeals. Which for fantasy football means which Cowboys running back is the one to own in fantasy football. Many people have been asking on Twitter @MitchellRenz365 that exact question. Who the heck do I pick up on the waiver wire? Luckily for you, Tom Downey and Mitchell Renz talk about Ezekiel Elliott, Alfred Morris, Darren McFadden and Rod Smith on The Fantasy Football Rumors Podcast.

It is time for Alfred Morris more than McFadden and Smith. Morris will get the first crack at the starting job, therefore, he should be the guy to target. This season Morris has 14 carries for 116 yards. Most of that came on one 70-yard run but Morris looks to be the starter.

Zeke suspension means back to Plan B at running back. Alfred Morris to get the ball first with Rod Smith and Darren McFadden getting plenty of touches throughout the game. RB Coach Gary Brown told me last week that Smith will surprise us thinks he can be an every-down back.

From watching the tape of all three running backs for the Cowboys, the guy who looked the most impressive was Rod Smith. He is the most athletic and the main reason why nobody should go out and pick up McFadden. Rod Smith is the reason McFadden hasn't been active yet this season.

Bottom line, pick up Morris first, then target Rod Smith and forget about McFadden. If you want to hear more about these players, luckily for you Tom Downey and Mitchell Renz talk about quarterbacks and much more on The Fantasy Football Rumors Podcast.