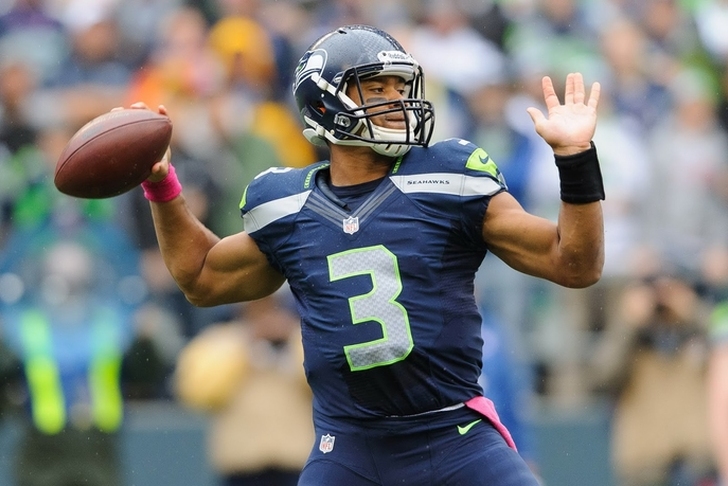 The fantasy football season has likely reached the playoffs in your league, which means every game has immense importance. For some, you're already in the playoffs. While we won't list all the point scorers for you here, we will point out a few of the best and worst performances from the early games. We can't list everyone, and there are several strong performances that were left out (like Blake Bortles). With that in mind, here are the mid-way winners and worst losers from the Week 14.

The Seahawks had a monster game through the air. QB Russell Wilson had 31 points this week, WR Doug Baldwin posted 26 and WR Tyler Lockett recorded 22. It was a monster game for the Seahawks and fantasy owners have to be feeling great about Wilson after three straight great weeks.

Since Week 6, Crowell had produced 16 fantasy points. Against the 49ers, he recorded a whopping 26. It's a stunning performance for Crowell and he was likely on the bench in many fantasy leagues. He had 20 carries for 145 yards and two scores as the Browns' running game showed life for the first time in weeks.

Welcome back, Gurley! After 16 points in his last three games, Gurley dropped 26 against the Lions. He had 140 yards and two scores on 16 carries, rewarding owners who stuck with him. The Rams' offense is much, much better with Case Keenum under center.

Ginn was targeted three times and caught two passes. Those two passes both went for scores and he racked up 120 yards. Ginn is the definition of making the most of your chances.

After putting up just three points last week, Reed dropped 18 points against the Bears. It could have been more, as he had a TD taken away from him. Reed recorded nine catches for 120 yards and a TD. Reed had the most points among fantasy TEs.

Injuries hit the NFL hard this week. If you didn't lose anyone to injuries this week, consider yourself lucky. Andy Dalton, Thomas Rawls, Vincent Jackson, Greg Olsen, Charles Clay and T.J. Yeldon were all hurt this week. We don't yet know the extent of those injuries, but fantasy owners know they hurt badly this week.

Oh boy. Nothing went right for the Falcons. QB Matt Ryan had a meager four points, while Julio Jones led the team with eight. No one on the team found the end zone, as the Panthers defense bounced back with a shutout. The Falcons turned the ball over eight times in an awful performance.

Hill had produced at least nine points in three straight games, but proceeded to put up just one against the Steelers. He had a meager 16 yards on seven carries. The loss of Andy Dalton hurt Hill, as the Bengals played from behind, resulting in more action for Gio Bernard.

So did the Lions just forget about Johnson this week? After putting up 37 points in his last two games, Johnson had just one this week. He caught one pass for 16 yards and it came very late in the game. The Rams have a solid secondary, but not the type that should completely shut down Johnson.

Kelce has posted just one game with more than four points in his last five efforts and put up just one points this week. He laid an egg this week.