Fantasy Football Final: Everything You Need To Know From Week 9's Action 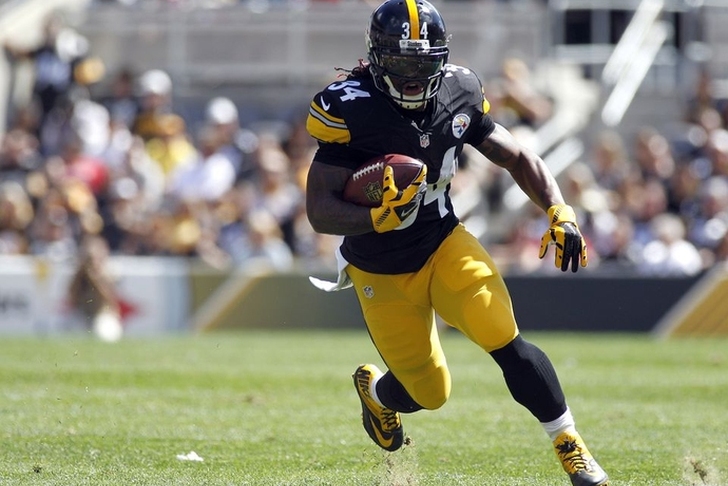 All but one of the Week 9 games are over, and I'm here to recap what happened in the wide world of fantasy football. I won't list everyone's individual stats, as that's something you probably already know or can easily look up. Instead, I'm going to give you one note from every team and what it might mean to your fantasy team going forward. So, here's everything you need to know from Week 9's action.

Andy Dalton had yet another strong game, as he looks like a Top 10 fantasy QB. I wasn't sure I'd ever write that until this season. Jeremy Hill and Gio Bernard are still splitting touches, hurting both of their values. Tyler Eifert is killing it with touchdowns and is worth starting every week, even if he is streaky.

Devin Funchess made an appearance in the box score, catching three passes for 71 yards and a score. He was third on the team in targets, and is worth adding in deeper leagues.

Eddie Lacy is hurt again. That ruins his value, but helps James Starks. Add Starks in all formats. Davante Adams returned from injury and caught seven passes for 93 yards. His return is a big boost for those that have kept him through his injuries.

Dion Lewis was injured in the game and it's unclear how long he'll be out. Brandon Bolden saw most his snaps, but it was James White who got the touches when Lewis missed time earlier this season. Be careful with all three. LeGarrette Blount is still the power back.

Matt Jones had the vast majority of the carries, but didn't do much with them. He's the one to own among Redskins RBs, but that's not saying much.

Marcus Mariota played great in his first game back. He's worth signing if your QB is on bye or injured (Ben Roethlisberger). Antonio Andrews saw the bulk of the carries and is clearly the starter.

Brandin Cooks finally put up a good fantasy game, but also targeted just six times. Willie Snead was targeted 10 times. It's tough to trust anyone not named Drew Brees each week. If the matchup is right, the Saints are a dangerous fantasy team.

Sammy Watkins killed it this week, as the Bills finally made sure to get him the ball often. LeSean McCoy was injured, but said he'd be good to go next week.

Jarvis Landry continues to get a ton of work, even if there aren't many touchdowns to go along with it. He's a solid flex play at worst. Lamar Miller had another strong game, using catches and goal-line work to his advantage. He's been great since Dan Campbell was named interim head coach.

The Vikings pass offense didn't do much, in part because Teddy Bridgewater suffered a concussion. If he can't play next week, Adrian Peterson is the only Viking worth playing.

Todd Gurley had his worst game in several weeks, but still put together a solid effort. He's a RB1 for pretty much every game going forward. The Rams are finally getting the ball into Tavon Austin's hands each week, but still need to do a better job of doing so consistently. He's worth at least having on your bench in most leagues.

Allen Hurns crushed the Jets, and had eight targets. Hurns has been saved by TDs in recent weeks, so the targets are a good sign.

Ben Roethlisberger injured his foot and will be out a few weeks. With Big Ben out, Antonio Brown's value takes a notable hit. He's still worth starting every week. DeAngelo Williams showed why he's at least an RB2 with no Le'Veon Bell. He led all scorers this week.

The running back by committee from hell continues for the Giants. This week, Rashad Jennings saw the bulk of the work. Shane Vereen is the only one worth owning outside of deep leagues because he also produces in the passing game.

Mike Evans put up 15 (non-ppr) fantasy points, but should have done much better. He was targeted 19 times (!) and suffered numerous drops. He's a solid WR1 going forward. Charles Sims out-produced Doug Martin, but Martin still had more carries. Still, monitor Sims in standard leagues and add him if you can in deep ones.

The 49ers won, but with Carlos Hyde out, there isn't anyone worth owning in standard leagues. RB Shaun Draughn has some upside in deep leagues.

Devonta Freeman did nothing on the ground, but produced well through the air. Matt Ryan was forced to throw it a lot, but avoided turnovers. He's still a solid QB1.

Andrew Luck put together a great game, although he was likely on many benches given his matchup and recent play. Andre Johnson did nothing against Denver. However, he had 81 yards and a score the week before. Don't totally bail on him yet.

C.J. Anderson and Ronnie Hillman both had seven carries, but Hillman picked up just one. I don't trust either yet. Owen Daniels had a monster game, but that might be a flash in the pan.

Ryan Mathews and DeMarco Murray continue to share touches. Both are producing and both are playing well. Murray is getting the majority between the two, which makes him the safer play.

Cole Beasley had a monster game, posting one of the best fantasy WR days. However, he's still best left in PPR formats, as he's an undersized slot WR. Dez Bryant had in impact in his second game back after struggling last week. I feel comfortable starting him going forward.