Fantasy Football Final: Everything You Need To Know From Week 14's Action 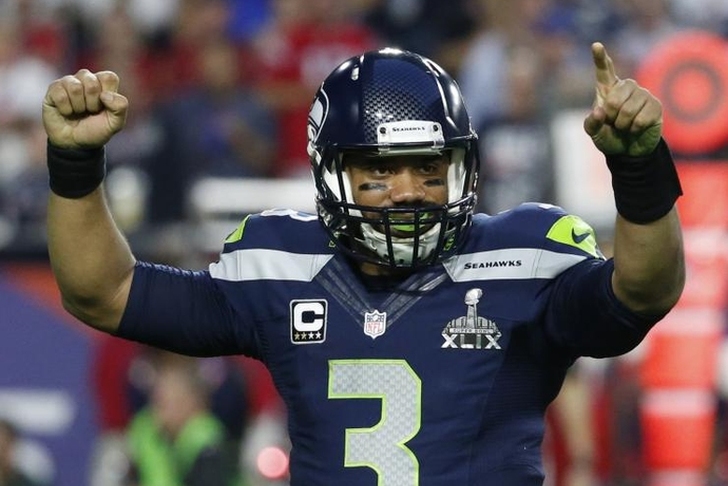 Only the last Week 14 game is left, and I'm here to recap what happened in the wide world of fantasy football. I won't list everyone's individual stats, as that's something you probably already know or can easily look up. Instead, I'm going to give you one note from every team and what it might mean to your fantasy team going forward. So, here's everything you need to know from Week 14's action.

The Cardinals took advantage of an injured Vikings' defense. Carson Palmer had a strong game, throwing TD passes to John Brown and Michael Floyd. David Johnson had a strong effort and showed why he's at least an RB2 the rest of the way.

Adrian Peterson played well, as did Mike Wallace. Everyone else on the team didn't play that well. For most of the season, it's been Peterson or bust fantasy-wise for the Vikings.

Perhaps it was because Johnny Manziel got the start, but the Browns' running game was vastly improved against the 49ers. Isaiah Crowell had been awful most of the season, but exploded for 26 fantasy points. Sadly, he was probably on most owners' benches and for good reason. TE Gary Barnidge had a strong game.

The 49ers are a fantasy wasteland. No one had a good game, outside of Jerome Simpson. But who actually owns Simpson?

The Steelers had a monster game from DeAngelo Williams. That helped make up for a passing attack that didn't find the end zone. The Steelers settled for field goals four times.

Andy Dalton broke his thumb and might miss the season. Here are four players to sign as Dalton replacements if you owned him. Down early mean the Bengals turned away from the run. That led to a poor game from Gio Bernand and a clunker from Jeremy Hill. A.J. Green put up solid numbers.

The Eagles have turned into a running back by committee. Ryan Mathews had the most carries, but Darren Sproles had the most yards and he scored. It's tough to trust any of them. Jordan Matthews had three catches for 19 yards. He's been a disappointment this year.

Sammy Watkins had another strong game and Robert Woods got in on the passing success. Tyrod Taylor and LeSean McCoy put up solid numbers as well.

Welcome back Todd Gurley. The Rams' offense is clearly better with Case Keenum under center. Tavon Austin didn't put up big numbers, but the Rams did get him seven touches. It's pretty much Gurley or bust fantasy-wise for the Rams.

The Lions threw the ball 46 times. Five of those went to Calvin Johnson, who had just one catch. That can't happen and likely ruined the championship hopes of a few owners.

Yeah, so clearly Tim Hightower was the RB to add with Mark Ingram out. Go sign him if you still can. Brandin Cooks struggled, but Drew Brees, Willie Snead and especially Marques Colston had big games.

Doug Martin had a nice effort, putting up 16 fantasy points. The Bucs' didn't have much going in the passing game, as Mike Evans, Austin Seferian-Jenkins and Vincent Jackson had three points or less. Jackson left the game with a knee injury.

Nearly everything went right for Carolina. Cam Newton, Jonathan Stewart, Ted Ginn and the Panthers' defense all had big games. TE Greg Olsen left the game with an injury, so hopefully he returns soon.

Julio Jones had eight points. Everybody else failed to top six. Hopefully you avoided Falcons players.

A rushing touchdown gave Kirk Cousins a nice fantasy boost. The same is true of Alfred Morris, although he had just eight points. TE Jordan Reed had a monster game, putting up 18 fantasy points. That's despite having a TD taken away from him.

Matt Forte and Jeremy Langford are splitting touches, but a TD gave Forte the advantage. Alshon Jeffery and Zach Miller both had great games as well.

Another week and another strong game from Ryan Fitzpatrick and Eric Decker. Both players have been overlooked much of the season, but have been very consistent as of late. Chris Ivory, Brandon Marshall and Bilal Powell also had strong games this week.

Marcus Mariota didn't throw a TD pass, but he made up for it by catching a 41-yarder. The Titans had nothing on the ground and that's a position fantasy owners should avoid.

T.J. Yeldon went down and Denard Robinson took advantage, posting 14 fantasy points. If Yeldon is out an extended period of time, go sign Robinson. Blake Bortles had another strong game, recording four TDs. One of those was on the ground. A TD saved Allen Robinson, while Allen Hurns and Julius Thomas had strong games.

The Colts fell apart in this one. T.Y. Hilton had a strong game, but only Frank Gore had at least six points among non-QB skill players.

Little real-life scoring means little fantasy scoring. Albert Wilson had a TD, but that only hurt players who are actually owned. Travis Kelce had just one point, while Jeremy Maclin, Charcandrick West and Spencer Ware all had less than five points.

Philip Rivers struggled, but at least Antonio Gates had seven points. It was not a great fantasy day for Charger players.

Russell Wilson continued his great play as of late by throwing 5 TD passes. Doug Baldwin and Tyler Lockett were the main beneficiaries of Wilson's play. Wilson led all fantasy players with 31 points. Thomas Rawls broke his ankle, ending his season. If you need to replace Rawls, here are five options.

The Ravens are depleted and it's ruined their fantasy value. Kamar Aiken had nine fantasy points, but Buck Allen struggled badly.

This was not a pretty game. The TDs went to Seth Roberts and Mychal Rivera, which doesn't help anybody. Amari Cooper was shut out, Latavius Murray had two points and Michael Crabtree had just one.

Demaryius Thomas and Vernon Davis both had seven fantasy points, but that was pretty much it for Denver. They did not score and couldn't run the ball. Emmanuel Sanders had just one point.

Welcome back, Eddie Lacy. After laying an egg last week, Lacy rebounded with 20 fantasy points. He was still out-produced by James Starks, who had 22 thanks to two scores. Both are justifiable plays, although there is some risk. Aaron Rodgers played well and Randall Cobb had a better game than the ones he's been producing. Davante Adams took a back seat this week and that might continue.

The Cowboys' passing game sucks. Dez Bryant isn't even getting a chance to make plays. Darren McFadden had a decent game, but Robert Turbin is eating into his carries. It's tough to trust any player on Dallas for fantasy.

Those who took the risk and played Rob Gronkowski are happy tonight. He put 14 fantasy points in his first game back from injury. Tom Brady was okay and he spread the ball around pretty well. LeGarrette Blount was injured in the win, so monitor his status over the next week.

That was a rough game for the Texans' offense. No player had more than five points, and WR DeAndre Hopkins didn't put up his usual strong numbers.

Eli Manning and Odell Beckham had huge games for the Giants. The running game continues to be a position to avoid, although Rashad Jennings had a good game. However, the Dolphins can't stop the run.

Lamar Miller was on fire early, before the Dolphins abandoned the run. Again. At this point, it's like the Dolphins coaching staff is playing against Miller in fantasy each week. He still put up strong numbers, as did Jarvis Landry. He's a monster in PPR formats.