Fantasy Football Final: Everything You Need To Know From Week 13's Action 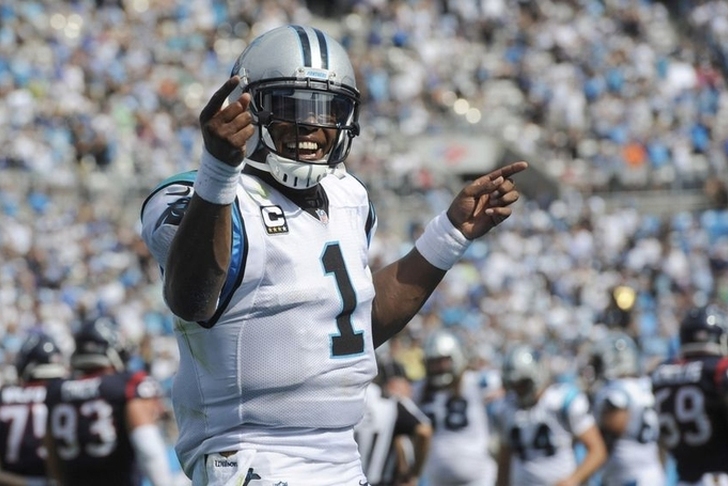 Only the last Week 13 game is left, and I'm here to recap what happened in the wide world of fantasy football. I won't list everyone's individual stats, as that's something you probably already know or can easily look up. Instead, I'm going to give you one note from every team and what it might mean to your fantasy team going forward. So, here's everything you need to know from Week 13's action.

A slow start for Aaron Rodgers was corrected late. He scrambled for a TD and completed a miracle Hail Mary to TE Richard Rodgers. Eddie Lacy was just awful. He had a deduction in playing time after missing curfew the night before.

Calvin Johnson and Golden Tate are both producing solid numbers, but the same can't be said of the Lions' running game. RB Theo Riddick is worth owning in PPR leagues, but it's tough to trust any other Lion RB.

The Bengals had great games from Andy Dalton, Marvin Jones, A.J. Green and Jeremy Hill. All put up starting-worthy games and Hill dominated the carries against Gio Bernard. That could be a very good sign for Hill owners.

Brian Hartline had eight catches for 83 yards. He was the only Brown to produce a decent fantasy effort. This team has serious issues on offense.

I thought the Seahawks would be in for a rough game against a very good Vikings' defense. Oops. Russell Wilson had a monster game, as did Doug Baldwin and Thomas Rawls. Hopefully you played them.

The Vikings had nothing going against the Seahawks. Even Adrian Peterson had just one fantasy point. Just burn the tape and ignore this fantasy result for Peterson.

Odell Beckham had another big game, but no one else is worth trusting as a starter. The running game is still a committee from hell.

Carson Palmer had another strong day, but he's not the one fantasy owners are talking about. That honor belongs to RB David Johnson, who had 17 fantasy points. He was a must-add last week and is so again if you can still find him on waivers. ​

Todd Gurley didn't get enough carries, resulting in a bad game. The Rams failed to get Tavon Austin the ball enough and Austin continues to be maddeningly inconsistent. Nick Foles is awful.

Doug Martin led the way for the Bucs. He racked up 25 carries for 95 yards and a TD. WRs Mike Evans and Vincent Jackson both produced strong days, although Evans had a TD and more targets.

Devonta Freeman returned and had an okay game. He had only 47 yards on the ground, but did catch 10 passes for 56 yards. Matt Ryan wasn't great again and he continues to struggle when asked to throw the ball 35 or more times in a game.

Tyrod Taylor completed just 11 passes, but three of them went for scores. Sammy Watkins had three catches for 109 yards and a TD. He's a WR2 most weeks and the Bills must get him the ball. LeSean McCoy left with a head injury, but returned and had 11 fantasy points.

The Texans running back situation is now a committee, which helps nobody since the Texans have issues running the ball. DeAndre Hopkins bounced back with five catches for 88 yards and a TD.

Good things happen for Miami when the team runs the football. Lamar Miller had 20 carries for 113 yards against a solid Ravens run defense. Miller is going to finish the year strong. Jarvis Landry had a clunker this week, as DeVante Parker had the better game. I expect Landry to bounce back. The Dolphins only threw the ball 19 times, completing just nine of them. Ryan Tannehill needs to do better, although the Ravens dominated the clock.

Javorius Allen had a strong game, but the rest of the Ravens' M.A.S.H. unit struggled. Kamar Aiken gets targets and is worth owning, but avoid everyone else.

Marcus Mariota had a monster game and he's a quality matchup play at QB. Antonio Andrews and David Cobb split carries, so it's best to avoid them against better defenses. Kendall Wright didn't do much, but Delaine Walker and Dorial Green-Beckham produced.

The Jaguars lost, but the owners of Allen Robinson probably won. He caught 10 passes for 153 yards and 3 TDs in a massive game. T.J. Yeldon and Blake Bortles (5 TDs) also played well.

Blaine Gabbert actually had a good fantasy day, but I don't trust him. Shaun Draughn scored, but barely averaged 2 yards per carry. The 49ers are still a fantasy wasteland.

Jay Cutler struggled, which in turn limited Alshon Jeffery's production. Matt Forte had a strong game, although Ka'Deem Carey vultured a TD away from Forte and Jeremy Langford.

Demaryius Thomas had 12 fantasy points, but nobody else really produced. Emmanuel Sanders had just one point and the Broncos running committee prevented anyone from getting more than five points.

Not much went right for the Chargers. Philip Rivers failed to throw a TD pass and had just 202 yards passing. No skill player had more than five fantasy points.

The Chiefs had a big game from Jeremy Maclin, who had nine catches fo 95 yards and two scores. Charcadrick West and Spencer Ware split carries, hurting the numbers of both players.

Cam Newton had a monster day, throwing for 331 yards and five TDs. He also added 49 yards on the ground. Jonathan Stewart had a strong day against a bad Saint defense. TE Greg Olsen has 129 yards, while WR Ted Ginn had two TD catches. I still have issues trusting Ginn.

I thought the Saints would have a rough day against the Panthers. Boy, was I wrong. Drew Brees, Brandin Cooks, Mark Ingram and Ben Watson all had great days. Even WR Brandon Coleman joined in on the fun with 73 yards and a TD.

The Eagles won, but didn't help many fantasy owners. Jordan Matthews had a TD catch, but only caught three balls for 36 yards. DeMarco Murray was useless, picking up just 24 yards. Darren Sproles actually had a decent day. It's tough to trust the Eagles' offense for fantasy purposes.

Tom Brady had a great fantasy day and a big reason for that was his running and receiving numbers. Brady had 17 yards and a score on the ground, plus a 36-yard catch. He also added 312 yards and 3 TDs in the air, although he was picked twice. James White, Danny Amendola and Scott Chandler all produced. Brandon LaFell and LeGarrette Blount did not.

The Steelers' offense was incredible and all of their skill players stepped up. Ben Roethlisberger had a monster game, as did WR Antonio Browns. RB DeAngelo Williams and WR Martvis Bryant also produced good numbers.

Frank Gore showed up for the Colts. Everyone else had a terrible fantasy day. No other skill player had more than four points, as QB Matt Hasselbeck didn't have much going against the Steelers.

The offenses were absent early, which likely worried fantasy owners early. Darren McFadden fumbled twice, which cost him points in what would have been an 11-point effort. A late TD saved his effort. Dez Bryant had just six points, while Jason Witten had only five. Everyone on the Cowboys is hurting without Tony Romo.

DeSean Jackson showed up thanks a TD, although a fumble hurt him. Everyone else on the team struggled. The Redskins simply aren't a great fantasy team.