Fantasy Football Final: Everything You Need To Know From Week 12's Action 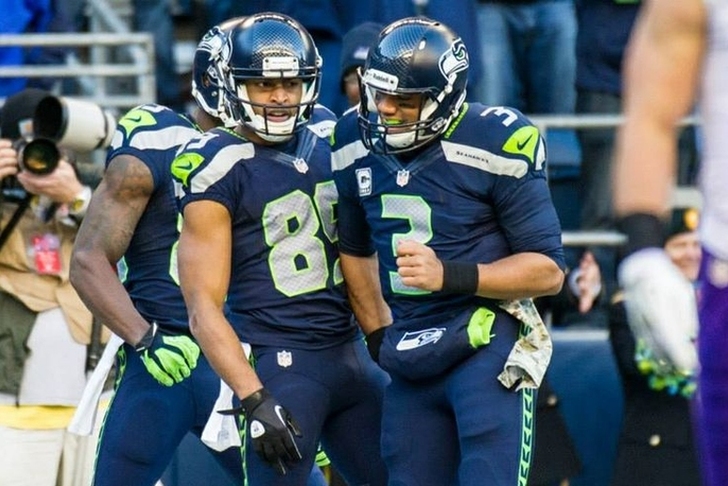 Only the last Week 12 game is left, and I'm here to recap what happened in the wide world of fantasy football. I won't list everyone's individual stats, as that's something you probably already know or can easily look up. Instead, I'm going to give you one note from every team and what it might mean to your fantasy team going forward. So, here's everything you need to know from Week 12's Sunday action.

Andy Dalton and A.J. Green put up strong numbers, which surprised me since the Rams have a strong defense. Jeremy Hill outplayed Gio Bernard, but they split reps evenly once again.

The Rams gave Tavon Austin 10 touches and he had a strong fantasy game as a result. It's still tough to trust him given his inconsistent usage. RB Todd Gurley had a rough game. He should bounce back.

Derek Carr had another strong game, with Seth Roberts coming out of nowhere to post 113 yards and two TDs. Latavius Murray had plenty of carries, but didn't do a whole lot. I still like him as an RB2.

The Titans are a fantasy wasteland. Marcus Mariota is too young and inconsistent to trust and the RB and WR situation is awful. TE Delanie Walker is worth owning, but that's about it.

Spencer Ware was wonderful subbing for Charcandrick West. Ware is a short-term option only, but he is worth owning for the time being. WR Jeremy Maclin produced, although he's still inconsistent.

QB Tyrod Taylor, RB LeSean McCoy and WR Sammy Watkins all had great games in the loss. Watkins, in particular, had a monster game. The Bills need to make sure they get him the ball.

T.Y. Hilton stepped up with a big game, which should help calm his fantasy owners given Hilton's recent issues. Frank Gore had 19 carries, but picked up only 24 yards. The Bucs do have a decent run defense, but Gore needs to do more.

Vincent Jackson and Mike Evans each had 10 targets, but Jackson out-produced Evans. If Evans can figure out his drop problems, he'd put together better games. Some WR named Cameron Brate had a TD.

Kirk Cousins and Alfred Morris played pretty well, although I do not trust them in fantasy. They're too inconsistent. I do trust TE Jordan Reed, who had 98 yards and is Cousins' favorite target.

The Giants running game is still awful, but WR Odell Beckham is still a stud. He had another great game. QB Eli Manning was awful early and strong play late couldn't save his day. Rookie TE Will Tyle was the second-most targeted Giant.

RB Alfred Blue had a good game, but the Saints' defense is awful. Don't put any stock in Blue. DeAndre Hopkins had just 36 yards, a surprisingly low number. He'll bounce back.

This was just an awful game for the Saints' offense. Only RB Mark Ingram put up solid numbers. Everyone else struggled.

Tevin Coleman was solid with Devonta Freeman out, although a Coleman fumble hurt. Julio Jones and Matt Ryan struggled against a really good Vikings defense.

Once again, Philip Rivers carried the Chargers with a great effort. He had a wonderful fantasy day, which extend to TE Antonio Gates and WR Stevie Johnson.

TE Julius Thomas had his best day with the Jaguars, racking up 17 fantasy points. WR Allen Robinson also put up a solid day, but an injury cost Allen Hurns a shot at the same.

Let's start with the good. QB Ryan Tannehill and WR Jarvis Landry had big games, because the Dolphins threw the ball 58 times. RB Lamar Miller struggled because he had just 5 carries. Seriously Miami, run the ball.

Carson Palmer had a down game passing, but a rushing TD helps his fantasy day. Larry Fitzgerald was great in PPR leagues, but the Cardinals had a down fantasy day.

WR Anquan Boldin had 93 yards and Vance McDonald scored, but I doubt anyone owns McDonald. The 49ers are a fantasy disaster.

Russell Wilson and WR Doug Baldwin killed the Steelers. They were the top two scorers in fantasy on Sunday. Baldwin has played well in recent weeks and is worth adding. Wilson finally reward owners who stuck with him. In a bit of bad news, TE Jimmy Graham is out for the season.

RB DeAngelo Williams did nothing, and WR Antonio Brown had just five points. WR Markus Wheaton came out of nowhere to have a massive game. This screams flash-in-the-pan and I don't trust him going forward.

The Denver running game looks WAY better with Brock Osweiler. C.J. Anderson had a monster game and Ronnie Hillman played well. But, they're splitting carries and it's tough to trust a committee. Demaryius Thomas had just one catch, but did have 13 targets.

As a Rob Gronkowski fantasy owner, I am freaking out about his injury. He went down with a right knee injury and it didn't look good. If he's out, Scott Chandler needs to step up. Brandon LaFell had a tough matchup, so don't worry about his rough performance.