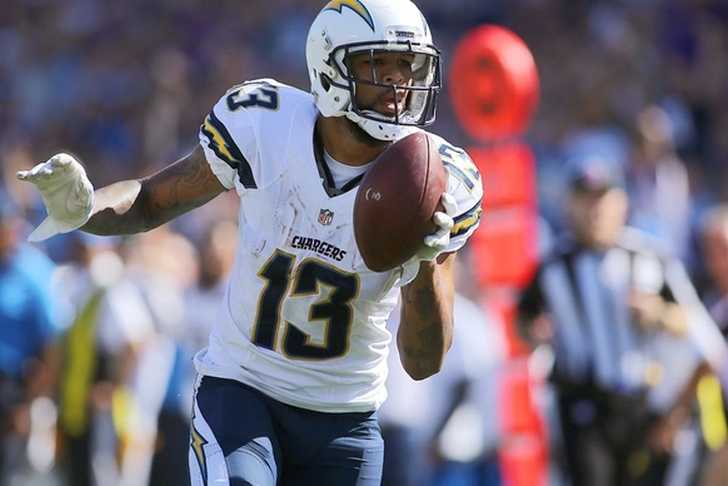 The loss of Keenan Allen is a big blow to the San Diego Chargers and his fantasy football owners. Allen was placed on injured reserve after undergoing a kidney procedure. It's a tough loss for his fantasy owners, as Allen was having a monster season.

However, the loss of Allen doesn't necessarily mean the end of your season. You'll need to find someone new to replace Allen, and here are the best options. Only players owned in less than 50 percent of leagues qualify. With that in mind, here are five fantasy wide receivers you should consider signing to replace Keenan Allen. Johnson would be higher on this list if he weren't in a slot WR role and battling his own injury issues. He has added PPR value, but he's not the primary target in San Diego. Still, he's a decent option as far as desperation moves go.

LaFell has only seven catches since returning from injury, but he's been targeted 15 times. That's a promising sign, and LaFell should continue to improve each week. He's the dangerous only non-slot receiver the Patriots have at WR, so he should continue to play. He's worth adding in most leagues.

Someone has to catch passes in Baltimore now that Steve Smith is out for the season. Aiken is the top target for the Ravens, although that's not saying much since they have nothing at WR. He's not that great of a weapon, but it's not like Joe Flacco has other options.

I've never been a huge fan on Floyd, but he's absolutely worth adding now that Allen is done for the season. In Allen's absence, Floyd caught four passes for 92 yards and two scores. Those TDs make it seem like he played better than he did, but Floyd is still worth adding in most formats. The Chargers throw the ball a ton, since their running game is poor, which means Floyd should see enough targets to merit at least a spot on your roster. However, don't expect him to replicate Allen's amazing start.