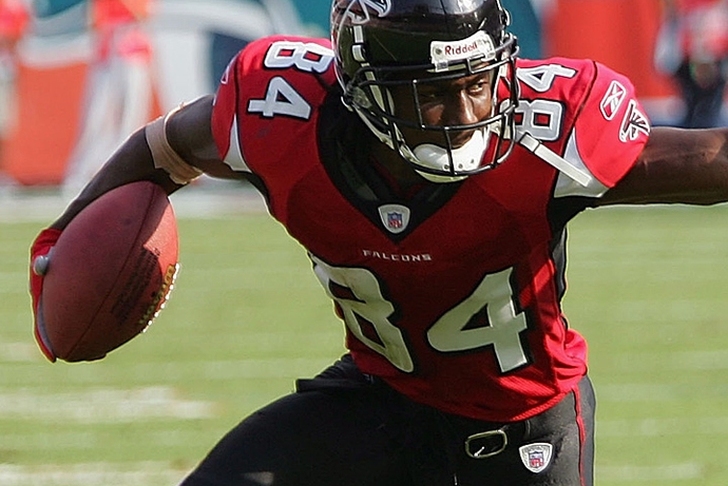 The fifth week of the fantasy football season is almost here. Heck, if you own anyone from the Texans or Colts, it's already here. However, that doesn't mean it's too late to cut a player and add some more depth. With bye weeks here, making a few moves might be necessary. If you need to cut a player or two, here are players owned in more than 50 percent of leagues you can cut. Of course, try to trade them and get some value if you can first. Here are five fantasy football players it's time to release.

With the impending return of Andre Ellington, I have concerns about how many touches Johnson will get each game. He's posted some good numbers, but that's only because of touchdowns. He's a big-play threat, but it's dangerous to chase TDs. I'd rather try to find someone else who has more consistent carries in the coming weeks, like the Bills' Boobie Dixon.

Williams played great the first two weeks, but his touches have plummeted with the return of Le'Veon Bell. Williams has had just three touches in total since Bell returned. He has value if you're into keeping a handcuff (I'm not), but no value otherwise. Cut him and sign someone who will get at least get a few touches.

If Bell wasn't hurt, he might not make this list. But, he's battling an ankle injury and has a mere 10 points this season. Ameer Abdullah is the only player worth owning on the Lions, except in PPR formats where Theo Riddick has some value. Hopefully you didn't spend a high pick on Bell, because it's time to move on from him. If you've been stashing Cruz while waiting for him to recover this season, I've got some bad news: he's not worth owning. Go ahead and cut Cruz and pick up someone who can actually contribute. It's going to be at least until Week 5 before Cruz returns and I don't expect him to play well when he gets back.

If you've read my players to add article, then you already know I've given up on White. He's had just five targets since Week 1. While that could change, Leonard Hankerson is the safer pickup right now. I know White has "name" value, but it's time to move on from White.