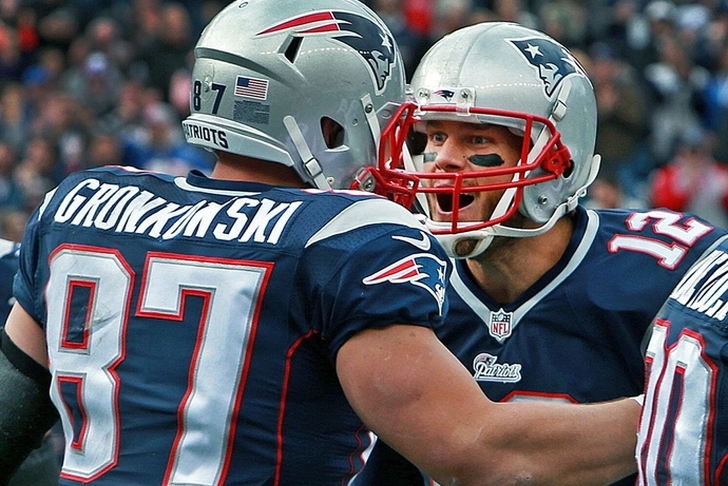 This year's tight end class worries me. Gronk is by far the top player, but the position muddles quickly after that. The best option, assuming Gronk isn't on the board, might be to wait, take two players and hope one produces. As with most TEs, you'll be banking on touchdowns, which is often risky.

Before the rankings, some housekeeping notes.

Unless otherwise noted, these rankings assume a standard ESPN Fantasy League. Al and I will tag-team for your ultimate 2015 Fantasy Football Guide. We'll update that guide regularly with positional rankings, a big board and everything you need to dominate your league. Feel free to hit up Tom Downey and Al King on Twitter if you have any questions.

Far and away the best option.

Now in Seattle, Graham won't get as many targets.

Olsen is consistently a Top 5 TE. In a down year for TEs, he's well worth a selection.

Kelce flashed potential last year. If he keeps improving, he could have a big year.

He was 5th last season and the Bears traded away Marshall.

If he can stay healthy, Cameron will get a massive boost going from Cleveland's crop of mediocre QBs to Tannehill.

Witten always seems to come in around the Top 10.

Going from Peyton Manning to Blake Bortles is a big hit for Thomas' value.

Walker had some big games, but needs some consistency.

Another player with potential, Ertz could have a big season. Improvment in his blocking would increase his playing time.

If Rudolph can just stay healthy, he could have a good season.

He'll split time with Fleener, but expect Allen to get the bulk of the chances.

He's behind Allen, but might end up getting a chance.

Donnell had some big games, but relies on TDs to be productive.

Hill is Graham's replacement, but Hill is no Graham.

Daniels replaces Thomas, but Daniels needs to show he can produce a full season of health.

Reed is talented, but has had a tough time staying healthy. Improved QB play would help too.

It's Seferian-Jenkins second year, so maybe he puts together a decent season.

With Antonio Gates suspended for the first four games, Green has a chance to prove himself as a starter. Gates might not get the starting job back if Green plays well.