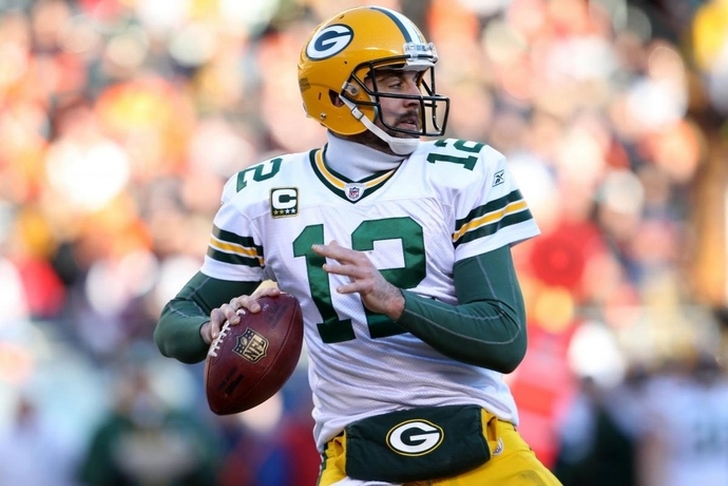 Just like last season, it's a deep class for quarterbacks. Unless someone slips, it's probably best to wait for a QB. There are plenty you should feel comfortable starting. Before the rankings, some housekeeping notes.

The best QB in the league.

Luck is a close second behind Rodgers for top QB.

The final member of the "Big 3" in fantasy this season.

Manning doesn't have too much left in the tank, but he's still a quality fantasy QB.

He checked in 7th last season and should have more support this year.

He lost several key players and the Saints appear to be shifting to a more run-oriented offense. He worries me.

He was 6th in fantasy QBs last year and doesn't appear to be slowing down.

Believe it or not, Tannehill finished 8th among QBs last season. He's got better weapons this season and could have a big year.

His incredible offensive line got even better. No DeMarco Murray hurts, but Romo should still be his borderline Top 10 self.

Brady was 9th last season, but a potential four-game suspension hurts his value. But once he returns, he could have a big season.

Newton's held back by limited weapons and a woeful offensive line.

He finished 10th last season and will have Odell Beckham for a full season.

Rivers was 12th among QBs last season and should finish around there this year.

Stafford finished 15th among QBs last season. He's talented, but needs to cut down on his turnovers. Don't reach for him.

The 49ers stock is trending downward and Kaepernick's value is a victim of that.

Total wildcard. If he's healthy, he could put up big numbers in Chip Kelly's system. That's a big IF though.

Flacco was 13th among fantasy QBs, but he's inconsistent. He's a solid backup though.

Palmer was having a Top 15 season before getting hurt. Hopefully he can return in similar fashion.

I love Bridgewater, but he's a year or two away from being a true fantasy starter.

Cutler will likely put up plenty of TDs, but he'll turn the ball over too much.

If your QB gets hurt, Smith is a safe add off the waiver wire.

The reports out of camp have been positive, but Mariota isn't worth drafting. Yet.

Dalton is a game-manager, something that isn't what you look for in a fantasy QB.

Foles' value drops as he heads to St. Louis. But it's not like he was in the running for a high pick in Philly.

Carr might be the answer in Oakland, but he's not the answer on your fantasy team.

Keep an eye on him, but there isn't any reason to invest in a rookie QB outside of a dynasty league.

The fantasy potential is still there, but there isn't much reason to draft him outside of a two-QB league. The poor guy just can't stay healthy.

Bortles needs to keep developing before being worthy of a fantasy pick.

Fitzpatrick has some impressive weapons in New York, but he's not going to produce enough.

Hoyer has no upside.

Someone has to start in Buffalo.

Whether it's McCown or Manziel, don't expect much.