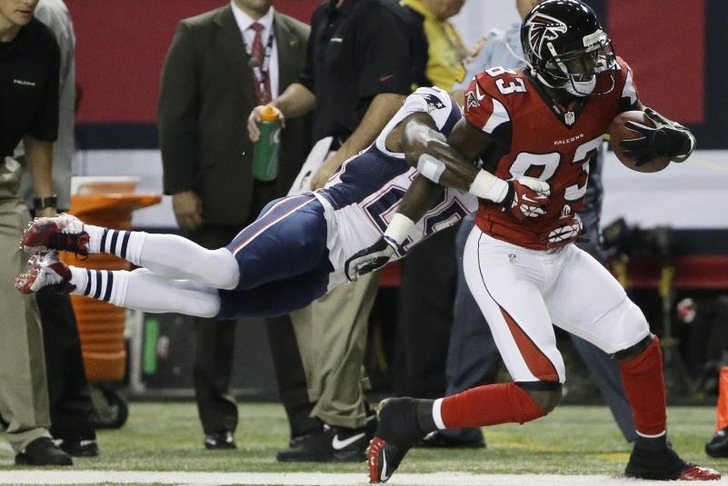 Week six is underway, and there are two teams on their bye week. With the waiver wire thinning out, injuries have opened the door for some players - here are the guys who can help you win this week.

Pryor has shown improvement in every game this season. He has a tough matchup this week against the Kansas City Chiefs’ seventh-ranked defense, but he’s averaging 211 yards passing and 57 yards rushing for the season so far. Pryor has too much upside to only be owned in just 30% of leagues.

The Rams have given both Isaiah Pead and Daryl Richardson an opportunity to be the lead back, yet neither has secured the starting job. The Rams have now turned to their fifth round draft pick, Zach Stacy, and in his first career start he totaled 78 yards on 12 carries - the most by a Rams back so far this season.

Stacy has a tough four-game stretch coming up, as the Rams face Houston, Carolina, Seattle and Tennessee. He should get the bulk of the carries in St. Louis, though, and be a solid flex play the rest of the season.

Rashard Mendenhall is the starter in Arizona, and is still getting the bulk of the carries. He has yet to show any explosiveness, though, and is only averaging 3.2 yards a carry. In his limited playing time so far, Ellington has shown he can be the explosive running back the Cardinals need. He’s averaging over 6 yards a carry and 12 yards per reception.

Ellington is someone who should be picked up now and stashed on your bench. It’s only a matter of time until he gets the majority of the playing time in Arizona.

In the two games since Miles Austin went down, Williams has posted 11 receptions, 222 yards, and a touchdown. There is a possibility that Miles Austin comes back this week, which would limit his upside, but with Austin’s injury history, Williams is worthy of a roster spot in deeper leagues.

Blackmon came off his four-game suspension and exploded for five catches for 136 yards and a touchdown. With Chad Henne replacing Blaine Gabbert, Blackmon has the upside of a weekly WR2 and should be owned in all leagues.

With the possibility of Julio Jones being out for the season, Harry Douglas is one of the strongest pick-ups of the week. Douglas is now going to be the third option in the passing game, and should post WR3/ WR4 numbers for the rest of the season.

Owen Daniels is expected to miss 4-6 weeks, thrusting Garrett Graham into a starting role. He gets a great matchup this week, going up against a St. Louis Rams team allowing

256 passing yards per game and 11 touchdowns on the season.

Minnesota Vikings(Owned in 23% of leagues)

The Vikings are coming off a bye and have a good matchup against a struggling Carolina Panthers offense. Cam Newton has been sacked 15 times and has turned the ball over six times this season.