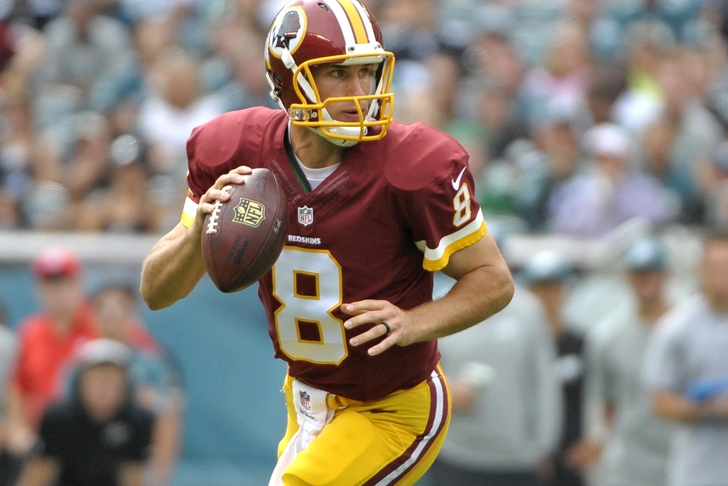 There are six teams heading into their bye-week, leaving owners with some holes to fill. Here are the tops waiver wire pickups you should be targeting this week.

Through two games, Cousins has looked like a much better fit for Jay Gruden’s offense than RG3 did. He has thrown for 677 yards and five touchdowns in a little under two games, which is the same number of touchdowns that both Aaron Rodgers and Drew Brees have this season. If you’re looking for a bye-week starter or have a QB that has struggled, Cousins is a great pickup for this week and the rest of the season.

With Bernard Pierce (thigh) inactive, Taliaferro stepped up and led the Ravens backfield with 91 yards and a touchdown on 18 carries. Pierce is still the presumed starter, but Taliaferro showed enough promise against Cleveland that he could eventually be the Ravens starting running back.

Since taking over for Adrian Peterson, Matt Asiata has shown he isn’t an explosive runner, as he's averaging only three yards a carry. McKinnon, the Vikings 3rd round pick out of Georgia Southern, is an athletic freak. He was the only running back who ranked in the top five in six out of the seven drills at the combine. He should slowly steal more playing time from Asiata as the season goes on. McKinnon needs to be picked up now and stashed on your bench before he has his breakout game. 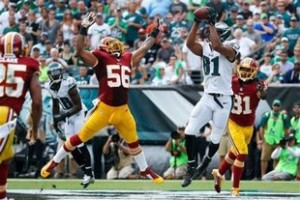 After struggling with drops in the first two weeks of the season, Matthews showed why the Eagles drafted him in the second round. He finished the game with 59 yards and two touchdowns on eight receptions. With Riley Cooper struggling, it’s only a matter of time before Mathews overtakes him as the Eagles’ number two receiver.

Kelce has seen his usage rate rise each of the last three weeks, playing a season high 47 snaps against the Dolphins. He’s a highly athletic 6’6 pass catcher who can help Alex Smith and the passing game. Kelce is a great bye-week starter this week against the Patriots.