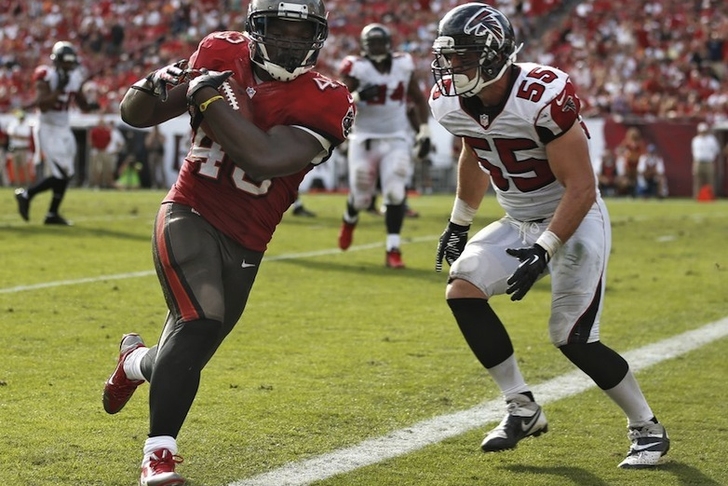 The fantasy playoffs are approaching, and that means the waiver wire should be thinning out - right?  Well, this past week, the highest-scoring running back wasn’t even on the fantasy radar two weeks ago. Here are some of the best sleepers you can add to help you make a run at the playoffs.

Last Week, I had Rainey as one of my top pickups, and he proceeded to explode for 163 yards rushing and two touchdowns on 30 carries and four yards and a touchdown on two catches. Rainey has a couple of tough matchups in the next few weeks, but he’s still the best pickup of the week and a strong flex play with RB2 potential moving forward.

For the second straight week, Brown outplayed starting running back Trent Richardson, outgaining him 157 total yards to 88 and scoring three touchdowns to Richardson’s zero. Brown should continue to out-produce Richardson, and is a solid flex play this week.

Once Aaron Rodgers went down with an injury, most fantasy owners gave up on Boykin. They thought there was no way he was going to have any value with the likes of Seneca Wallace and Scott Tolzein starting. Boykin has not only kept his value high, but has out-produced the more heralded James Jones. Boykin has 203 yards receiving his last two games, and his value should only improve once Rodgers comes back. He should be seen as a solid WR3.

In Matt McGloin’s first career start, he threw for 284 yards and three touchdowns, which was a season high for touchdowns thrown in a game by a Raiders QB. McGloin is a traditional drop-back QB, and offers a lot more in the passing game than Terrelle Pryor did. Streater benefitted the most with a season-high six catches for 84 yards, and he scored his second touchdown of the season on Sunday as well. Streater should be picked up and stashed for at least another week, as he’s a possible contributor once the fantasy playoffs start.

In the six and a half quarters since Ryan Fitzpatrick took over for the injured Jake Locker, Walker has gone for 14 catches for 153 yards and two touchdowns. Fitzpatrick is opening up the passing game for the Titans and Walker is one of the main beneficiaries. He should be seen as a low-end TE1 with some upside.