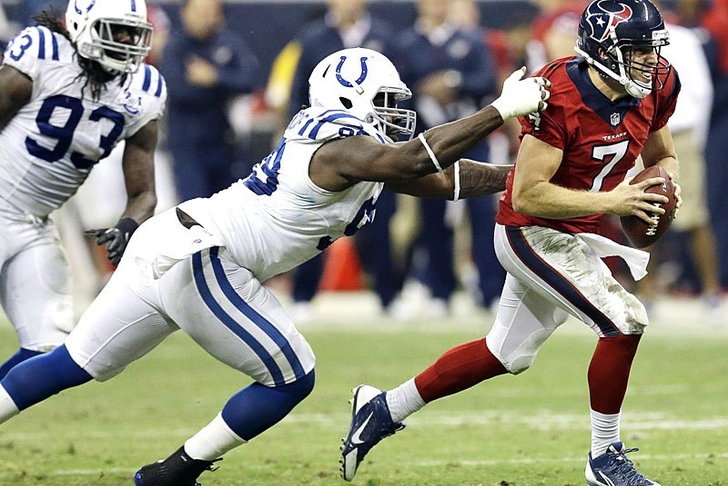 Week 10 was the week of the upsets - the Colts were blown out at home by the Rams, and both the Jaguars and the Buccaneers won their first games of the season. With the fantasy playoffs starting in a few weeks, every win counts, and you need dependable guys on your team. Here are a few players who can help you come away with a win this week.

Keenum has thrown for 822 yards, seven touchdowns and no interceptions in three games since taking over for Matt Schaub. Keenum is now going up against an Oakland Raiders team that gave up a record-tying seven touchdown passes to Nick Foles just two weeks ago. If your QB is underperforming, or you own Tony Romo, Keenum is a solid play this week.

Coming off the short-term IR, Brown was expected to be eased back into the Giants rotation. Instead, he rushed for 115 yards and a touchdown on 30 carries. Brown is the Giants’ workhorse back, and should get at least 20 touches a game making him a RB2/ flex play for the rest of the season.

With Darren McFadden out with a hamstring injury, Rashad Jennings got the start and rushed for 88 yards on 20 carries. McFadden’s status for this week is still unknown, and if he sits out again this week, Jennings is a strong flex play.

The Bucs finally got their first win, but lost Mike James for the season with a fractured left ankle. When James left the game, Brian Leonard led the backfield with 20 carries but only generated 57 yards, while Rainey had eight carries for 45 yards. Leonard should lead the backfield in touches, but Rainey provides more big play ability.

Last week, I had Cooper as one of my sleeper picks, and he proceeded to catch three passes for 102 yards and two touchdowns. He has now caught six touchdown passes in the four games Nick Foles has started. He gets a great matchup this week against the Washington Redskins’ 26th ranked passing defense.

Austin finally showed flashes of what made him worthy of the eighth pick in this year’s draft. He caught two passes for 138 yards and two touchdowns and he returned a punt 98 yards for a score. Despite the great game, Austin is not featured enough on offense to be considered anything more than a WR4/5.