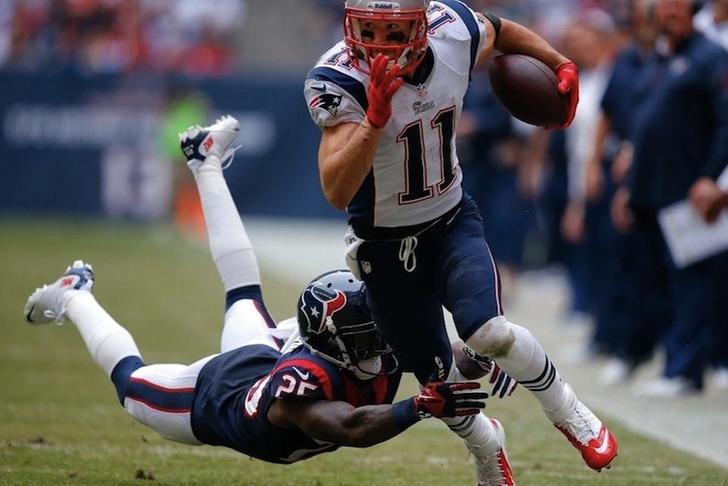 If you’re trying to decide which players to pick up this week, you probably made the playoffs. With fewer teams in contention, it’s now easier to land your top waiver-wire target. Here are a few players you can add who’ll help you make it through the first week of the playoffs.

Brown started ahead of Trent Richardson and rushed for 54 yards and a touchdown on 14 carries, along with two catches for 10 yards. Brown outplayed Trent Richardson once again, and is expected to make his second straight start this week against the Bengals. The Bengals have the eighth-ranked rushing defense, making Brown a mid-range flex play.

When the Patriots signed Danny Amendola, they thought they were getting Wes Welker’s replacement. Instead, Amendola has been injury prone and extremely inconsistent. Edelman has capitalized on Amendola’s struggles, totaling 18 catches for 211 yards and two touchdowns over the past two weeks. Edelman is Tom Brady’s second option in the passing game, and is a strong WR3 this week.

In Crabtree’s first game back since tearing his Achilles, he caught two passes for 68 yards, and he showed off his ability to make big plays by taking one of his catches for 60 yards. He has two tough matchups in the next two weeks, but he has a great matchup in week 16 against the Falcons. He should be added now, but don’t expect to see rewards until week 16.

Over the last three weeks, Miller has totaled 21 catches for 194 yards while being targeted 25 times. Miller is going up against a Dolphins team that’s giving up the fifth-most fantasy points to tight ends. If you’re struggling at the tight end position, Miller is a great option this week.