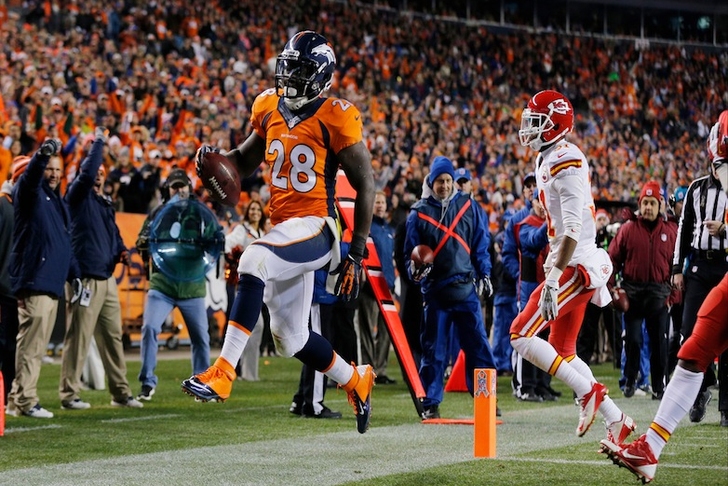 In most leagues, this is the final week of the regular season, making it win or go home for a lot of you. There are no teams on a bye, so most of you should be able to field your best possible lineup. If you’re dealing with injuries or have some underperforming players, this is the week to take chances. Here are some of the best sleepers you can add to help you get into the playoffs.

Zac Stacy has been the Rams’ workhorse running back since taking over the starting job. He left Sunday’s game against the bears with a head injury, and is questionable to play this week. When Stacy went down injured, Cunningham took over as the lead running back. He rushed for 109 yards and a touchdown on 13 carries, and should be added in all leagues as a solid flex play this week.

Knowshon Moreno ran for a career-high 224 yards while carrying the ball 37 times on Sunday. After the game, he was on crutches and had a walking boot on his right foot – he’s now questionable to play this week against the Chiefs. If Moreno sits out this game, Ball slides into the starting lineup, making him a must own in all leagues.

For the last couple of weeks, Johnson has been the clear-cut backup running back for the Texans. He has rushed for 43 yards on 14 carries over the past three games, and took over for an ineffective Tate this past Sunday and rushed 13 times for 74 yards. With injuries piling up for Tate, Johnson should have more opportunities. He is a low end RB4 and should be looked at very seriously in deeper leagues.

Burleson was finally back on the field after missing two months with a broken forearm. He returned last weekend to have his best game of the season, with seven catches for 77 yards and a touchdown. Burleson is the number two WR option for the third ranked passing offense in the NFL,. He should be owned in all leagues (especially PPR) as a WR3.

Crabtree has not played this season after tearing his Achilles on May 21, but is expected to be available this week against the Rams. He had a career year last year as Colin Kaepernick’s go-to guy, but expectations shouldn’t be too high for him this year. Crabtree has WR2 potential, but is coming off a major injury. He should be picked up and stashed on the bench for at least a week.