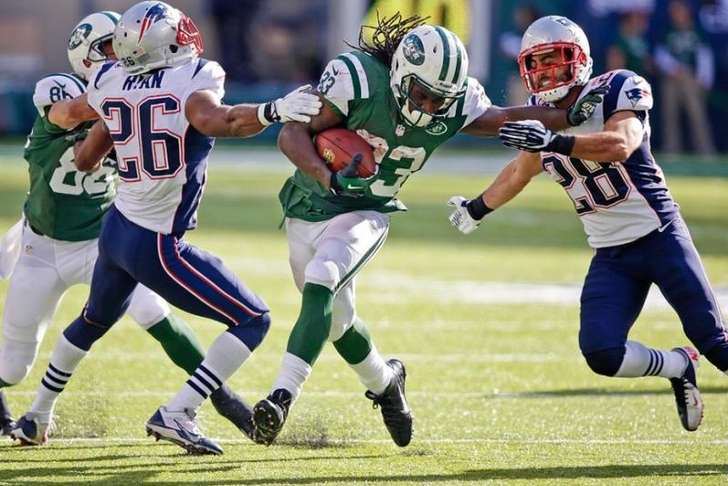 Week seven brought a lot of injuries and some major upsets. The Broncos lost on the road, leaving the Chiefs as the only undefeated team in the NFL. The injury bug struck again with Reggie Wayne out for the season, and potentially Doug Martin as well. Here are some players who can help you win this week:

Doug Martin is expected to miss week 8, and possibly the rest of the year. Mike James is the next man up, and is going to get the majority of the carries in Tampa. Martin was averaging only 3.6 yards per carry for the year, so expectations for him shouldn’t be too high.

Ivory just had his first 100-yard game of the season. He had 34 carries to Bilal Powell’s three. The Jets traded for Ivory with the expectations of him becoming their workhorse back- Ivory is healthy once again, and the game against the Patriots was an indication that there could be a change coming to the Jets depth chart at running back.

Reggie Wayne was lost for the season with a torn ACL, which opens up more playing time for Heyward-Bey. A committee is going to be needed to make up for Reggie’s absence, and Heyward-Bey should be the main beneficiary. He should be viewed as a WR4 with some potential, and should be added this week even though the Colts have a bye.

In Boykin’s first career start, he posted eight catches for 103 yards and a TD. He could possibly start his second straight game if James Jones is unable to play—With Jermichael Finley out with a bruised spinal cord, Boykin should post another strong game this week against the Minnesota’s 29th ranked passing defense.

Reed exploded for nine catches for 134 yards and a touchdown against the Bears. He is becoming Robert Griffin III’s second option in the passing game, and has already surpassed Fred Davis on the depth chart—Davis was a healthy scratch in week seven.

With the injury to Reggie Wayne, the Colts now have lost their go-to guy. Fleener has the potential to become Luck’s number one option for intermediate passes, making him especially valuable in PPR leagues. The Colts are on a bye this week, but if you’re hurting at tight end, Fleener is a must-add.

Carolina Panthers, (Owned in 47% of leagues)

The Panthers have been one of the better under-the-radar defenses. They’re allowing less than 14 points a game, good for second in the league. They’re also third in the league in yards allowed, giving up just 302 total per contest. The Panthers are going up against a Tampa Bay team that just lost Doug Martin, which makes them one of the stronger fantasy defenses this week.