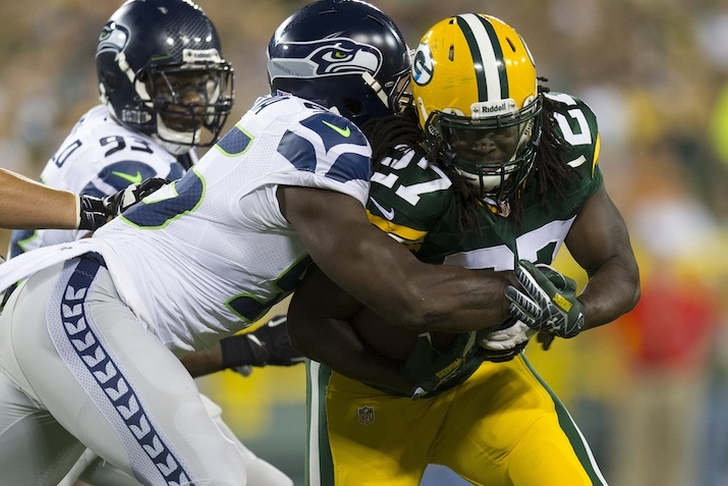 Welcome to Week 14, Chat Sports! We're covering who to start and who to sit in your fantasy league this week. We're always looking for the not-so-obvious guys you can sneak into your lineup who can give you the edge you're looking for.

Last week was a success in both the starts and sits. The only miss I had for the starts was Nate Burleson, who ended up with a goose egg. All of the sits were atrocious as predicted, and Stevan Ridley was a healthy scratch.

Week 14 brings us to our final week if you play in a four-team playoff, and your first playoff game in a six-team league. Either way, it's win or go home. This will be my final Start 'Em column for the fantasy year. Now that you're in the playoffs, play your best guys, the guys that got you there. If it's close, play the best matchup. Good luck to all that have made it, and I hope that I've been helpful along the way.

Look for my dynasty columns throughout the fantasy offseason, and my mock drafts for the upcoming 2014 draft. Don't hesitate to ask for help throughout the playoffs via Twitter. Until then, here are a few more guys to help you get that W!

Andre Holmes, OAK WR - Holmes celebrated Thanksgiving last week by pulling in seven catches for 136 yards. Matt McGloin targeted Holmes a team-high 11 times, showing confidence in the wideout. This week, he faces a Jets defense that's currently 25th in the league versus the pass, allowing 256.8 yards per game. Likely being covered by first-round draft bust Dee Milliner, Holmes should have another solid week.

Torrey Smith, BAL WR - Smith has averaged over 12 points in his last five games. This week, he faces a Vikings defense that has given up the third-most fantasy points to wide receivers on the year. All of this adds up to a big day for your fantasy team.

Ben Tate, HOU RB - Tate had a huge game last week, going for over 30 points in most leagues. Now that his ribs are feeling better, look for Tate to prove he's a legit number-one back for all of the teams in need this off-season. Facing the Jags' 29th-ranked run defense, he should do just that convincingly.

Eddie Lacy, GB RB - Lacy was a dud last week, only getting a lowly five fantasy points. Look for a big turnaround this week against the 30th-ranked Falcons run defense. I expect a huge fantasy week for Lacy.

Jared Cook, STL TE - Some had Cook pegged as a sleeper pick this year, but unfortunately he's just been asleep. Look for Cook to redeem himself against the Cardinals, who have given up the most points to tight ends on the year.

Andrew Luck, IND QB - Ever since Reggie Wayne went down, Luck hasn't been the same. The last couple of weeks have been mediocre, fantasy-wise, and now he faces a Bengals defense that has given up the seventh-fewest points to QBs.

Pierre Thomas, NO RB - Thomas faces a tough matchup this week against the Panthers second-ranked run defense. In an important fantasy game, this means you need to look for someone else to start.

Lamar Miller, MIA RB - Miller also finds himself in a bad matchup. The Steelers' run defense has really stepped up their game since Week 10, allowing the fourth-fewest fantasy points (12.2 ppg) to backs in that span.

Marques Colston, NO WR - Marques has had a poor fantasy year, to say the least. Look for this garbage pick to keep the stench strong against the Panthers' sixth-ranked pass defense.

Your Back Up RB - At this point in the season, entering the playoffs, your roster is set. It's safe to drop the backup QBs and any other non-essential guys. Snatch up your backup RB just in case your guy goes down.