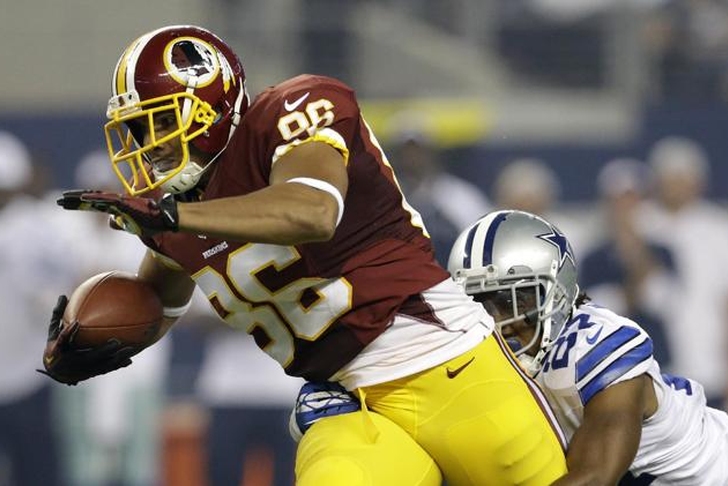 Welcome to week 11, Chat Sports! We're covering who to start and who to sit in your fantasy league this week - we're always looking out for the not-so-obvious guys you can sneak into your lineup to give you the edge you're looking for.

Last week was a huge bust on all the starts, except for Rashad Jennings coming through with double-digit points. Mike James was on his way to big game before getting hurt early. Unfortunately, he's now out for the year with a broken left ankle. On the other hand, the sits were all good choices, unless you had Ray Rice in a PPR league. Rice needed his six catches to cover

up his putrid 30 yards rushing in an overtime game.

Week 11 brings us one step closer to our fantasy playoffs. Hopefully, you've solidified your lineup with some great waiver wire additions and trades over the last few weeks. After this week, we have just two or three more games to wrap up a coveted spot in the playoffs.

Make sure to package some bench players for a stud who can make the difference - your starting lineup will be key after next week, and a solid RB on your bench won't help you hoist that trophy. Not all guys have to be top tier - someone like Keenan Allen would be a great buy, since he'll likely be trailing all game versus Denver in week 15 and facing a poor pass defense in week 16 versus Oakland.

While thinking ahead is important, you can't get there without wins. Don't be afraid to bench a guy because of his name or where you drafted him, and never underestimate matchups. Here are some guys who can help you get that important W!

Jordan Reed, WAS TE - I've written about Reed more than any other player this year. Hopefully you took my advice early in the year and have this top tier TE on your roster. Over the last four weeks, Reed is the top-scoring fantasy TE in the NFL. This week, he faces the Eagles' 31st-ranked pass defense, who are giving up 306.5 ypg. Make sure this rising star is in your lineup every week.

Riley Cooper, PHI WR - Since Nick Foles has taken over, Cooper has been on fire, scoring five touchdowns over the last two weeks. Cooper is currently the 13th-ranked overall fantasy receiver in standard leagues and goes up against a 26th-ranked Redskins pass defense giving up 25.9 ppg to wide receivers.

Andre Brown, NYG RB - Brown is coming off a huge day, toting the rock a whopping 30 times! Brown is the clear feature back going forward for the Giants, and should see all goal line carries along with 20+ carries a game.

Case Keenum, HOU QB - Stuck with a crummy QB or a bye week void? Keenum could be a great band-aid start. Over the last two weeks, he's thrown for six touchdowns, with five of those going to Andre Johnson. It doesn't matter who catches the passes as long as they're touchdowns - look for Keenum to have a solid week against a poor Oakland pass defense that's currently giving up 18.1 ppg to QBs.

Chris Ivory, NYJ RB - Ivory has rushed for over 100 yards in two out of his last three games. He's the lead rusher on a team with horrible wide receivers, which is always a good thing from a fantasy perspective. Going up against the Bills should help Ivory as well, with Buffalo giving up an average of 117.3 ypg on the ground.

Roddy White, ATL WR - White has caught one ball for 20 yards since week five. He's back from his hamstring injury, but faces a tough matchup against Darrelle Revis, who has been playing more man coverage lately. It doesn't help that Matt Ryan has struggled mightily behind the Falcons' poor offensive line.

Colin Kaepernick, SF QB - Kaep is currently the 17th-ranked fantasy QB. Last week, he had a putrid 91 yards passing and a pick to add to his complete bust of a year. I would've cut bait a while back, and you should make sure he's on your bench if you're still hanging on to him at all.

Matt Forte, CHI RB - I don't expect anyone to bench one of the top tier backs in the league without a second thought, but you should really consider it this week. Last week, Forte only managed 33 yards on the ground against Detroit, and this week things only get tougher against a Ravens defense only giving up 10.4 fantasy points per game to RB's, which is best in the NFL.

Julius Thomas, DEN TE - Thomas is the second overall fantasy TE in the league, and like with Matt Forte I don't expect many of you to go ahead and bench him. This week, though, Thomas faces the top-ranked Chiefs defense, who are only giving up 2.9 ypg to TE's. If anyone were to buck the trend it'd be Manning and company, but stats don't lie. Don't have high hopes for Thomas.

Bobby Rainey, TB RB - With Mike James following Doug Martin to the IR, Rainey and Brian Leonard are the two backs left standing in Tampa. Rainey is worth a stash to see if they use him in an Andre Ellington role. The Bucs relied on Rainey in the 4th quarter last week, even letting him get the carry at the one for a score.