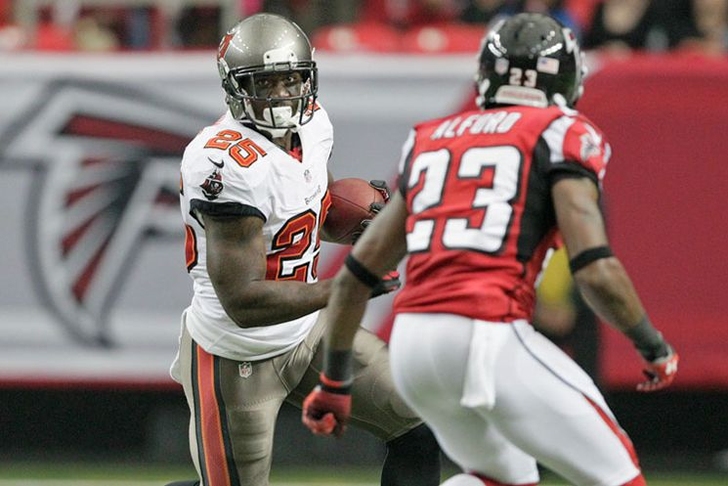 Welcome to week 10, Chat Sports! We're covering who to start and who to sit in your fantasy league this week - we're always looking out for the not-so-obvious guys you can sneak into your lineup who can give you the edge you're looking for.

Last week, three out of five guys were able to help you out by scoring double digit points in PPR leagues. Denarius Moore and Marvin Jones had nice games. Hopefully you got one those guys in your lineup to fill-in for a WR with a Week 9 bye. Nate

Washington, on the other hand, killed anyone who had him starting (I did in 1 league), as he put up a big fat goose egg. The sits were a hit besides Alfred Morris, who scorched San Diego's defense for a big day. The rest, as I predicted, were flops.

Week 10 brings us the home stretch of the fantasy season. Some of you have locked up playoff spots, and others are on the cusp, and are still fighting to get that coveted spot. With the byes winding down, now is the time to really solidify your starting lineup. Take the depth you've acquired and make a two for one deals to give you that weekly big game playmaker. Come playoffs, depth is not a concern and you want to have the best starting lineup out there. Guys like Zac Stacy and Terrance Williams could be really valuable to a team needing help. Remember, people are really fighting to make the

playoffs, and some will be desperate to make a move.

Rashad Jennings, OAK RB - With Run DMC doing what he does best (getting injured) Jennings came in and had 176 yards from scrimmage and a score. Rashad runs and catches the ball well, pulling in seven catches last week. This all adds up to another big week against a poor Giants defense.

Mike James, TB RB - James carried the rock 28 times last week, for 158 yards against a tough Seattle defense. That's a lot of carries, which shows that Tampa Bay has faith in the rookie back. James even threw for a touchdown on a sneak play to tight end Tom Crabtree. Look for Glennon to keep feeding the rook against Miami this week.

Andre Ellington, ARI RB - Ellington is a perfect bye week fill in, or injury stop gap. Coach Arians came out this week and said that he wanted to give Andre more touches from here on out. Most of these touches will come in the passing game, so his value is substantially higher in PPR leagues. Look for 12-15 touches for this shifty rookie.

Marlon Brown, BAL WR - With Torrey Smith being shut down by Joe Haden last week, Brown was targeted a team high nine times. This week, he faces a beat up Cincinnati secondary. With no running game, Flacco will have to air it out, and Brown should be able to put a double digit fantasy game together as a result.

Emmanuel Sanders, PIT WR - Sanders caught six balls for 98 yards last week on eleven targets against New England. Wallace has quietly put together a solid year and has more receiving yards than Mike Wallace and Larry Fitzgerald. On pace for 74 catches and 988 yards, Sanders should be a solid WR 3 this week versus Buffalo.

Ray Rice, BAL RB - Rice has been a colossal first round fantasy bust. Don't look for things to turn around this week against a Buffalo defense only giving up 3.9 ypc, which is good for tenth best in the league. Rice is averaging a putrid 2.7 ypc and is 41st in the league with 259 yards on the year. What's even more mind-blowing is that Alex Smith - yes, the Kansas City QB - has more rushing yards than Rice, with 265 on the year!

Cecil Shorts, JAX WR - Everyone is looking for Shorts' targets to increase drastically now that one of the dumbest football players ever (Justin Blackmon) is suspended for the remaining of the year. With shaky QB play, I just don't like the matchup this week against a Titans defense that's giving up the fewest fantasy points to wide outs (9.45 PPG) at home.

Steven Jackson, ATL RB - I had big hopes for Jackson this year joining Atlanta’s juggernaut offense. Unfortunately, that offense has completely fallen apart, mostly due to injury. Jackson has looked horrible so far this year and might not be fully healed from his hamstring injury. He faces a Seattle defense giving up and average of 15.1 pts to backs per game, but right now he just can't be trusted. If you have another option, I'd find a spot on your bench until he shows something.

Anquan Boldin, SF WR - Boldin started the year with a bang, but has been all fizzle since. Since week four, he hasn't scored or caught more than five balls. This week, he faces a Carolina defense that has given up the second-fewest touchdowns to wide receivers. Look for that fizzle to keep on fizzling.

Mike Brown, JAX - With Blackmon suspended for the year, Brown is next in line to take his spot. With Jacksonville likely playing from behind every single week, Brown will be perfect for garbage time catches. He's worth a stash to see how he takes advantage of the opportunity.