Five Ways to Know You're Dealing With a Fantasy Football Addict 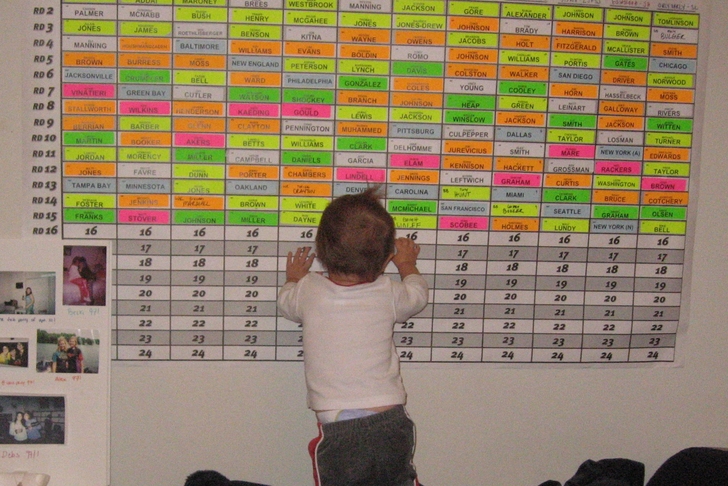 As I mentioned in my "Americas New Addiction" article, the United States is becoming obsessed with fantasy sports. But the "alpha-dog" of all fantasy sports has to be fantasy football. There has been an incredible increase in the number of people participating in fantasy football, along with the amount of money spent on it over the last decade. Sure, the casual fan who is just beginning and in the early stages of fantasy football isn't quite addicted yet...give it time my friend it can/will happen.

5.They buy every single fantasy football magazine at your local store.

4.When mock drafts start becoming a priority in June.

3.Their leagues fantasy draft day is their new favorite holiday.

2.When watching the Vikings vs Lions game still means something to them. Come on Adrian Peterson! 1.When they visit their fantasy team page more than their Facebook. They set their alarms extra early on Wednesday's to find out if the player they claimed is on their roster. They become incredibly happy when the pick up a third-string running back after the two starters get injured. They constantly remind you where they drafted their players. They yell Championship! after every play their fantasy team makes.