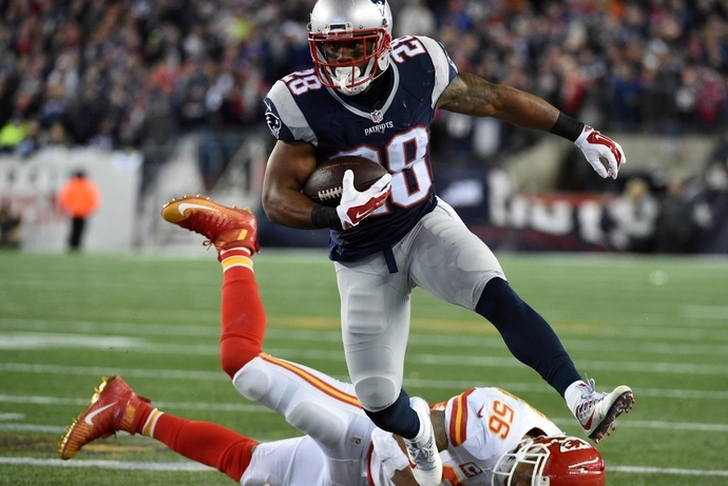 My Fanduel sleepers will be for the contests under the Sun 1pm ET (Main) tab. A sleeper is a player that people are well, sleeping on for that week. A name that won't be in a ton of lineups and is at a great value. In order to win BIG and let's be honest, we play to win BIG here at Chat Sports. I believe it is only fair that if you read this article and one of my sleepers goes absolutely Kareem Hunt on us in Week 2 and you win big, that I should get a cut of the winnings no? If you don't want to do that at least.....

Your support is greatly appreciated!

Quarterback
Joe Flacco vs. CLE
Fanduel Price: $7,000
I can't even believe I am saying to play Joe Flacco since I am the leader of the Flacco Isn't Elite Fan Club. But Flacco played pretty well against the Browns last year (who didn't). In the two combined games against the Browns, last season Flacco had 598 yards, five touchdowns,  and four interceptions. At a low Price of $7,000, I think he could be a great tournament play. He threw only 17 times last week and had 121 yards last week which makes me think people will be staying away from Flacco in Week 2. You don't need to be elite to have a good week against the Browns.

Running Back
Jonathan Stewart vs BUF
Fanduel Price: $5,900
Stewart led the Panthers backfield with 20  touches in Week 1. He managed 65 rushing yards and even a receiving touchdown. This week the Panthers are playing a poor run defense in the Bills. I know they looked good against the Jets but most teams will look good against the Jets this season. The Bills gave up the second most rushing touchdowns (21) in 2016. I expect Stewart to find the end zone at least once which will make him a great value.

James White @ NO
Fanduel Price: $5,700
White was given 13 touches in the Patriots loss to the Chiefs. He had 10 carries and three catches which I think is a good sign. The fact that the Patriots were willing to give White that many carries is a good sign. The Patriots started to use White more last season in the playoffs and if he gets another 13 touches against a weak Saints defense he will be a great value on Fanduel.

Wide Receiver
Tyrell Williams vs. MIA
Fanduel Price: $6,300
Tyrell Williams was quiet in Week 1 against the Broncos but the Broncos in Denver is arguably the most difficult matchup for wide receivers in the NFL. The Dolphins defense didn't look good this preseason and Williams is a mismatch for the Dolphins corners. His size and speed combo will be tough for the Dolphins cornerbacks to handle. Last season Williams torched the Dolphins for 125 yards and one touchdown. I don't know if I expect those kinds of numbers but he will catch a deep touchdown in Week 2.

John Brown @ IND
Fanduel Price: $5,800
Brown looked healthy in Week 1. That's the key if Brown is healthy he is worth targeting in fantasy football. He is in a contract year and in his fourth year in the NFL.  Brown saw nine targets in Week 1 and I an just see my bank account growing with Brown getting nine targets against this Colts defense. I mean they just made the 2017 Rams last week look like the Great Show on Turf Rams. Brown is boom or bust but he will be a major boom Week 2.

Tight End
Coby Fleener vs. NE
Fanduel Price: $5,300
Why have I been seeing no Fleener love this week? Fleener saw six targets last week and had a touchdown and is playing in a game where both defenses gave up a combined 1,007 yards in Week 1. The Super Dome is famous for having high scoring games and I expect this one to be a legendary scoring game. The Patriots linebackers looked awful against the Chiefs and I think Fleener will be the mismatch over the middle of the field. Fleener is the 14th tight end in terms of price on Fanduel yet he is in my top five for tight ends this week.

Remeber if you win big don't be afraid to share and.....