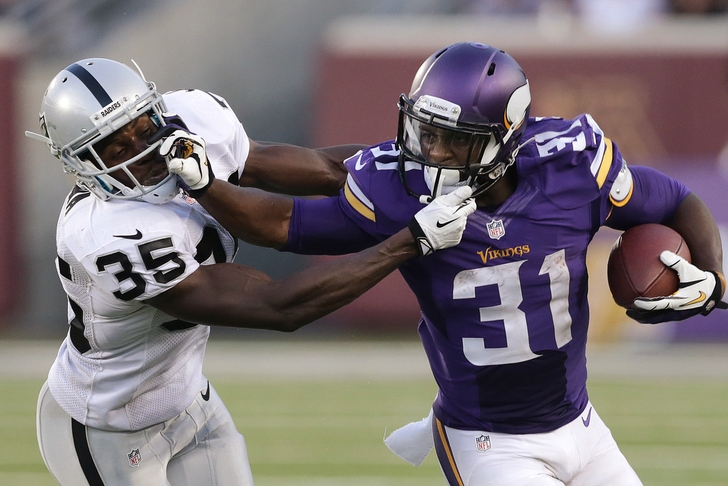 Adams put up a good showing last week and has fully taken control of the third WR spot in Green Bay's offense. With Jarett Boykin missing time with a groin injury, Adams has been asked to fill in and has done so nicely. In his two starts he has seven receptions for 88 yards and a touchdown on 12 targets. As he continues to build chemistry with Aaron Rodgers, Adams could be trusted as a WR3/FLEX play down the stretch.

I never like to endorse picking up a Patriots running back but with Stevan Ridley going down for the year, one of these above players should get more opportunities. If you are in a pinch and absolutely have to go with one of these players, I would suggest Bolden over White for this week. However, White could end up taking the job if he plays well enough going forward.

Victor Cruz is out for the season after tearing his right patellar tendon. Enter Odell Beckham Jr. who is now inserted into the starting lineup. He is expected to be on the field on nearly all plays and can now showcase his talents after missing the first four weeks of the season. Go get him if you can.

Homes is coming off of back-to-back good performances and led all Oakland wide receivers in snaps this past week. He seems to have become Derrick Carr's go-to receiver. Over his last two games he has amassed 20 targets. He has turned those targets into an impressive 9/195/3 stat line. Holmes could be a nice option to have going down the stretch.

McKinnon out-touched the starter Matt Asiata 17-3 in week six and also played more snaps, a 48-15 ratio to be exact. This seems to be the passing of the torch that many expected to happen. McKinnon certainly looks the part and is a freakish athlete who showed off what he could do already this season. (18 att 135 yds against the Falcons in week 4)