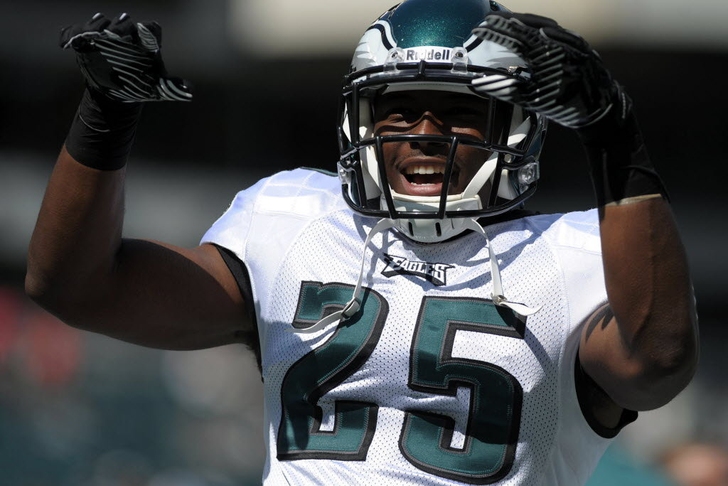 Bye weeks are here, so be sure to adjust your lineup to remove all Minnesota Vikings, Pittsburgh Steelers, Washington Redskins and Tampa Bay Buccaneers players from your lineup. Don’t be that guy.

The following is a Start ‘em-Sit ‘em list for Week 5. This is just a guide and shouldn’t be taken as gospel. Trust yourself and don’t be a rankings slave.

Cameron and Gordon are obvious starts. Jackson is a toss up with Spiller. I don’t think Spiller is healthy yet, so leave him on the bench and start Jackson. Be very careful with Spiller and Jackson this week. The short rest period doesn’t help them.

Don’t get cute if your QB is on bye by trying to play Hoyer or Manuel, they aren’t worth it yet. Johnson has a tough matchup in Joe Haden and Woods has potential, but isn’t worth a start at this point. I don’t trust any of the Browns’ running backs. Both defenses could be worth a start, since offenses struggle at times in Thursday night games, but there are better options out there this week.

Smith and Rice are both obvious starts, while Hartline and Wallace are bottom-level starters. Miller is a mid-level RB this week, especially with guys like Adrian Peterson, Alfred Morris and Doug Martin on bye. The Ravens D is worth a start, as the Dolphins have had some turnover problems lately.

Don’t even think about starting either of the QBs, especially after their last games. Keep all the Ravens skill players not named Rice or Smith on the bench. Even Bernard Pierce, who just isn’t getting enough touches. Clay is a guy to watch for, but he isn’t quite worthy of a start yet.

Most of these guys are all pretty obvious starts that don’t need much explanation. Jeffery is worth a start with teams focused Forte and Marshall. Same goes for Bennett, who is a decent bye week fill in.

Saints: Saints D; All other Saints RBs and WRs

I expect this game to be a high scoring, so avoid both defenses, unless you anticipate another “Bad Jay” game. I don’t trust Cutler enough to give him a start and there are better options than both Cutler and Bennett. Mark Ingram, Pierre Thomas, Robert Meachem, Kenny Stills and Lance Moore aren’t getting enough consistent touches to be worthy of starts this week.

Amendola and Gronkowski are only starts if they are healthy. Monitor that situation closely and be prepared to have back-ups ready to go. Julian Edleman is worth a start if Amendola is unable to go. Brady and Thompkins are worth starts, even against the talented Bengals D. Green is an obvious start and Bernard has been getting more and more touches.

Neither running Ridley nor Blount are worth a start against the stout Bengals D, and I already mentioned Edelman above. Dalton and his tight ends are rarely worth a start. Seriously, never start Dalton. Green-Ellis is losing touches to Bernard and both defenses should sit this week.

Most of these guys are obvious starts. You almost have to start all three of the Packers wide receivers, as anyone of them could go off. Bell is worth a start because he almost always seems to score. Be careful though, relying on scores alone is risky.

This game will likely be a shoot-out, so avoid starting both defenses. Broyles isn’t worth starting in any non-PPR leagues. Finley and Pettigrew don’t get enough consistent looks to get a start.

Lynch and the Seahawks D are starts on just about every week. Wayne is a start, even though he is going up against the talented Seahawks secondary. Richardson is back to being worth a start, especially with Ahamd Bradshaw likely out this week.

Wilson has struggled the past few weeks fantasy-wise and Luck is going to have trouble against the talented Seahawks D. Bradshaw is likely out while Fleener and Hilton will have decreased production because of the Seahawks D. Tate and Rice have struggled for most of the year.

Shorts is always a solid start, even with Blaine Gabbert as his quarterback. If MJD is ever going to have a break out game, this might be his week. Whichever defense is playing the Jags is always worth a start.

Jaguars: Everyone not named Cecil Shorts or MJD

Rams: Everybody not named the Rams D

Daryl Richardson is not starting and he’s the only reliable starter on the Rams. This game is basically a fantasy train wreck. Avoid almost everyone playing.

Charles is obvious start. If you have Johnson, you almost have to start him. Bowe and the Titans D are borderline, but you can get away with starting them. Chiefs D is a must-start since the Titans are starting Ryan Fitzpatrick.

Smith is never really a good fantasy option and Washington can’t be started until Locker gets back.

These are all fairly obvious starts, especially Cruz and McCoy. Nicks is inconsistent and Wilson has struggled, but the Eagles D is awful.

Manning is a tempting play because the Eagles D isn’t very good, but there are better options this week. Celek and Myers aren’t getting enough targets to start and Brown probably isn’t quite worthy of a start yet.

I’ve never been a big fan of Williams, but with byes, he’s worthy of a start. Smith, Olsen and Fitzgerald are obvious starts and Newton is usually worth it.

Mendenhall is losing touches and everyone else above isn’t worth it because there are better options this week.

All of these players are obvious starts. Romo is going to have to throw the ball a bunch, which means his three favorite targets are sure to see plenty of action. Don’t even think about sitting any of the key Broncos on their high-powered offense.

Moreno gets most of the touches; so unless you want to bet your fantasy matchup on rock-paper-scissors (LINK), sit Ball and Hillman. Austin is hurt and should be avoided until he's healthy.

Gore, Foster, Johnson, Davis are all must-starts if you own them. Boldin is one of Kaepernick’s only reliable options. Both defenses can be played because they’re so good and the opposing teams have struggled at times.

Tate falls into the Pierce-Brown category of a player just not getting enough looks. Kaepernick has struggled since Week One in fantasy, while Hopkins isn’t getting enough targets with Johnson back to justify a start.

The Rivers-Gates combo is back and they can be started every week. Woodhead and Royal are risks, but with byes, you could do worse. Moore is one of the Raiders only reliable threats and Jennings will get his chance with Darren McFadden and Marcel Reese likely out. The Chargers give up the most points to opposing quarterbacks, so you can start Pryor if he’s healthy following his concussion.

I think this is the week Woodhead really starts to cut into Matthews’ touches. McFadden and Reese are hurt, as mentioned above. The Raiders may not be that good, but fantasy defense don’t put up massive numbers.

Powell is the only Jet worth starting. Ryan, Jones and Gonzales are almost always worth a start. The Falcons D could have a nice game against a turn-over prone Jets team.

Until someone produces, avoid the Falcons running backs. White still isn’t 100 percent, so avoid him until after the Falcon’s bye week.