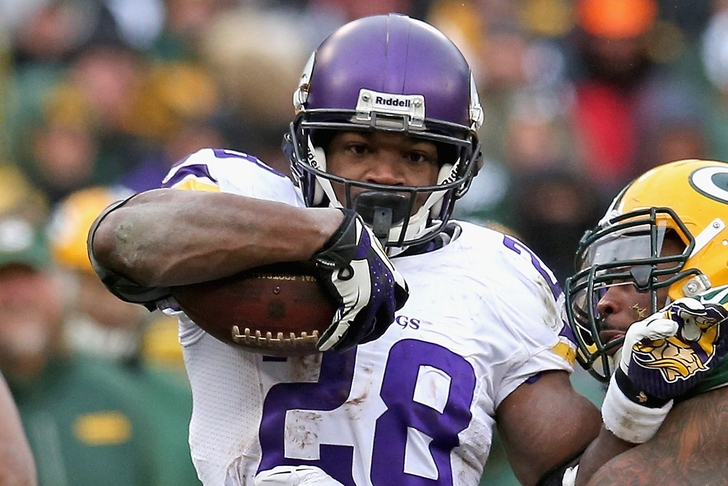 For many, it’s the start of the fantasy playoffs. Some are fighting for their league’s version of “The Shiva” while others are hoping to avoid the dreaded “Sacko.” If you’re looking for some help to capture that league championship, use my Start ‘em or Sit ‘em list.

Tate had a great performance last week, so you can’t sit him against the Jaguars. Johnson has played well all season, and MJD has put up solid numbers lately.

Shorts has struggled the past few games, so it’s probably safe to sit him this week. Even against the Jags offense, the Texans D isn’t a top-10 play.

Rainey has struggled the past two weeks, but those games were against some of the best run defenses. He has a much better match-up this week and is worth a start. Spiller and Fred Jackson are low-end plays this week. Vincent Jackson has been a quality play since Mike Glennon took over as QB.

Johnson has not had a great season, and isn’t playable in a 10-team league. The rest of these players should be obvious sits.

Gordon, Brady and Gronk are obvious starts. Vereen is getting the majority of the touches and is the ideal flex player. Edleman has played well the past few games, and is still getting more looks and catches than Danny Amendola. Cameron hasn’t put up big fantasy points, but he’s getting a lot of targets. He’ll have a bounce back game soon. Both defenses are low-end plays.

If you own a RB that isn’t named Shane Vereen in this game, sit him. Amendola hasn’t been getting enough looks to justify a start. The rest of these are obvious sits.

The Colts have several players worth a start in a 12-team league, but not in a 10-team. The Bengals players listed should be obvious starts.

You can probably get away with playing Luck, Brown, Hilton or Fleener in a 10-team league, but there should be better options out there this week.

These are obvious starts. Both defenses can give up a lot of yards and points, so this game could be a fantasy goldmine.

None of these guys should crack your starting lineup.

Lacy, Nelson and Gonzales are quality plays. Jackson, Douglas and White are low-end plays, but are still worth starting. White had a great game last week, but be careful with him and the nagging injuries he has dealt with.

Ryan has not been worth a start for much of the year and that doesn’t change this week. I don’t know if Rodgers plays this week, or how effective he will be, so play it safe and keep him on your bench. Boykin and Jones aren’t worth playing in a 10-team league this week without Rodgers. That will change when Rodgers gets back.

Morris, Charles and Garcon are obvious starts. Smith has a great matchup against the Redskins and is a low-end play. The Chiefs D has struggled, but I think they bounce back against a bad Redskins squad.

RGIII and Reed are the 11th best plays at their positions this week, meaning they just miss out on being worth a start. Don’t freak out if you don’t have any other options than these two though; you could do a lot worse.

I expect a big day from Wallace, because he’s going up against his former team. Brown has played well all year, and Bell is worth a start if he is able to go after a scary hit he took last week.

Not much going on here fantasy-wise. Ivory is worth a start because of the amount of touches he should get. The Raiders D is a nice matchup play against a terrible Jets offense.

Jennings has played well, but he is facing a Jets defense that allows the second-fewest fantasy points per game to opposing running backs. Throw in the return of McFadden, and both RBs should sit on your bench this week.

Aside from Wright, these are all obvious starts. Wright has put up a sneaky-good season, and is a low-end WR2 play this week.

You can’t play Ball in a 10-team league unless Moreno is hurt, so Ball should remain on your bench.

Brown, Rivers and Cruz are all quality plays this week. Allen and Gates are low-end plays, but represent nice touchdown potential.

Randle has struggled the past three games and Nicks has not put up more than five points since week 6. Keep them on your bench. Matthews and Woodhead have a tough matchup against a Giants D that is good against the run.

These are obvious starts. It could be a defensive-minded game, but the four skill position players are too good to leave on your bench.

Crabtree could garner some starting consideration next week, but he has a bad matchup this week. Same goes for Kaepernick.

These are obvious starts, especially given the way Stacy and Floyd have come on during the season.

Rams and Cardinals don’t have much else going for them in fantasy. Mendenhall and Ellington continue to split carries.

These are obvious starts, although Olsen is a low-end play this week.

The Panthers are great against the run, so sit all the Saints RBs. Colston has struggled lately and has a tough matchup. The Panthers are back to a running back-by-committee approach, and Williams is battling an injury. Avoid all three of them. Smith is not worth a start this week, in a 10-team league.

This is another game I expect to be high-scoring. McCown and Romo are low-end plays at QB this week, but they have a high ceiling. Bennett is a low-end play at TE, but he should enjoy going up against his old team.

Austin and Williams have struggled and both defenses aren’t safe plays.