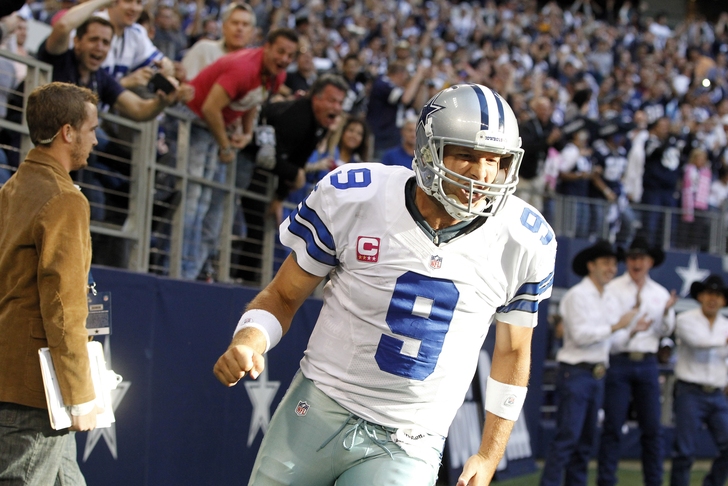 No teams are on bye this week, so you’ll have access to your full lineup once again, save for players that are hurt.

This list is just a guide and shouldn’t be taken as gospel. Fantasy titles are won by trusting yourself and not being a rankings slave.

These rankings assume a standard 10-team fantasy league; one quarterback, two running backs, two wide receivers, one tight end, one flex and one defense. If I missed a player or you have a question, sound off in the comments.

Aside from the Packers WRs, these should be obvious starts. Even with Matt Flynn starting in lieu of the injured Aaron Rodgers, Nelson, Boykin and Jones have a great matchup against a porous Lions secondary. Jones and Boykin are low-end plays, but worth a start.

The Lions defense isn’t good, but Flynn still isn’t worth a start. There are a plenty of better options this week than Flynn. The rest are obvious sits.

Jennings has played well in the absence of Darren McFadden. As long as McFadden is battling the injury bug, Jennings is a good play. Romo, Murray, Bryant and Witten are obvious starts.

Moore and McFadden are battling injuries, and even if they do play, they’ll be limited. Keep them on the bench this week. Williams hasn’t put up consistent numbers lately and Austin has done little all season.

Smith and Brown are top 10 plays this week. Bell and both defenses are borderline plays, but you could do worse this week. I expect this to be a low-scoring affair.

Everyone but Rice should be an obvious sit. Rice has put up double digit points just three times this year; the only times he has scored. At this point of the year, Rice should be on your bench. He hasn’t been worth the high pick you likely spent on him.

Gordon has become a top play at wide out lately, and that continues this week. MJD is a low-end play, but he’s been playing well lately. Cameron has struggled the past few weeks, but the return of Brandon Weeden should help him (seriously). Cameron put up better numbers with Weeden than he did with Jason Campbell. The Browns D is worth a play because they’re going up against the Jaguars.

Cecil Shorts is normally worth a start, but he’s going to be getting a heavy dose of Joe Haden this week. The rest of these are obvious sits.

Glennon was worth a start last week, but not this week. Williams and Smith have struggled lately and aren’t worth playing in a 10-team league. Rainey struggled last week, and has another tough matchup this week. Keep him on the bench this week.

Peterson, Marshall and Jeffery are obvious starts. Forte is battling an injury, so monitor him closely. McCown has a great matchup, and is a sneaky top-10 play this week. Bennett has a good matchup and is a low-end play this week.

These are obvious sits, but Patterson is someone to watch out for. He’s been getting more and more looks for the Vikings.

Vereen is worth starting at the flex spot, especially with Stevan Ridley’s fumbling issues. Vereen is a great play in PPR leagues as well. The rest are obvious starts.

Amendola and Edleman are putting up inconsistent numbers. They’re better off left on your bench until they show some consistency. Ridley is in Bill Belichick’s doghouse, and Tate had a terrible game last week. Sit them if you can.

Johnson and Hilton are obvious starts. Fleener and Wright are low-end plays. I’m not sold on Luck this week, but I think you can get away with playing him.

Richardson has done little since coming aboard in Indy. Brown is a better play than Richardson, but both are best left on your bench. The Titans and Colts D aren’t top-10 plays this week.

Wallace and Ivory are low-end plays, but both players should get plenty of looks this week. The Miami D has a great matchup against the turnover-prone Geno Smith.

Miller has been losing touches lately and isn’t worth a start. The rest of these are obvious sits in a 10-team league.

Foles has done nothing except put up great numbers when healthy and starting, but I think that changes this week. Foles has played against the Giants, Bucs, Raiders, Packers and Redskins. None of those defenses can compare to the Cardinals defense. I think Foles has his worst game of the year, throwing at least one interception. He’s just outside the top-10 this week. Mendenhall and Ellington continue to split carries, so sit them both if you can.

Douglas has been getting tons of looks, while Jackson and Gonzales are safe starts.

Ryan is missing weapons and his protection has been poor. That’s not a good combo against Buffalo. I don’t think he’s startable, unless you’re playing in 2-QB league. White and Spiller have battled injuries all year and should be avoided if possible. Jackson doesn’t have a good matchup while Johnson has battled injuries and poor production.

The Rams defense is a low-end play, but worth a start. Gore and the 49ers D are obvious starts. Stacy is battling an injury, but if he plays he should start for you. Davis is a safe play at TE.

Austin has had a few big plays, but he has just six non-return touches in the past two games. Boldin and Cook aren’t consistent enough to start. Kaepernick can be started in a 12-team league, but should sit in a 10-team.

Dalton should rarely be started in a 10-team league, while the Bengals D has a tough matchup against a Chargers team that just had their way with the Chiefs defense. Gates is losing touches to Green, so sit him if you can. Matthews is battling an injury (surprise), so avoid him this week.

These are all obvious starts, so long as everyone is healthy. Watch Moreno carefully, and have a sub ready if he can’t go.

The Chiefs D has struggled lately and they are missing a few key players, so sit them if you can against the dangerous Denver offense. If Moreno can’t go, Ball is worth a start.

Brown has looked great since returning from his injury. Morris, Garcon and Cruz are quality starts. Randle is a borderline start, but has a good matchup and has outplayed Hakeem Nicks for most of the season.

RGIII and Reed are top-12 plays, but not top-10. Manning has a nice matchup, but he turns the ball over too much. Nicks is battling injuries and has been passed by Randle in fantasy.

These aren’t the best matchups for either team, but all these players are worth starts.

Sproles is battling a few injuries, and I don’t think he plays. Keep Harvin one your bench until he proves himself.