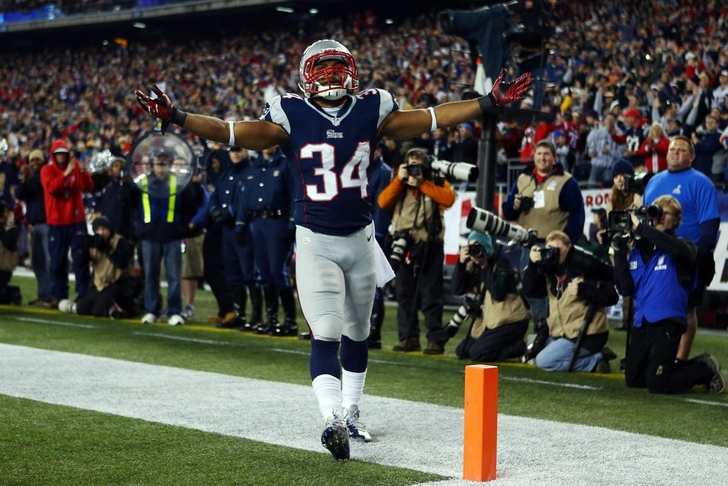 Shane Vereen was a popular pick in fantasy football circles last season. It didn't take long for those who did draft him to become upset with Vereen breaking his wrist in week one. The injury caused him to miss the next seven games. It made sense last season for people to be high on Vereen, but this year I'm not as sold.

Coming out of camp last season the Patriots were without the injured Rob Gronkowski, while Danny Amendola was hobbled by a training camp hamstring injury. Danny Woodhead was no longer there and Aaron Hernandez, well, he was gone also. That left Tom Brady with Julian Edelman, Kenbrell Thompkins and Aaron Dobson as his main receiving targets. So seeing a scenario where Vereen was heavily targeted out of the backfield was easily justifiable.

However, this season, Gronkowski is "healthy," Amendola is a year experienced in the offense and as healthy as he can get, an improved Aaron Dobson, and Edelman means there is a lot of mouths to feed in New England. Sure, in a PPR league Vereen does hold extra value with his superb pass-catching ability but I have seen him go as early as the third round in some mock drafts.

This could be because he is currently listed as the starting RB with Stevan Ridley handling goal line work. But keep in mind, it is New England, since when has a depth chart or injury report meant anything to them?

Opinion: Stevan Ridley ends up becoming the starting RB with Vereen playing the backup role. He will still get his receptions and 3-8 carries per game but I don't know if that is worth a third-or-fourth round pick. Especially in a standard league. If Vereen does somehow end up being the starting RB in New England his value obviously rises but as of now, that remains to be seen.

Ridley is the better between the tackles runner and if he can move past his fumbling woes, could see plenty of carries this season.

There is no denying his hands though, he lines up wide and look at this terrific touchdown catch!