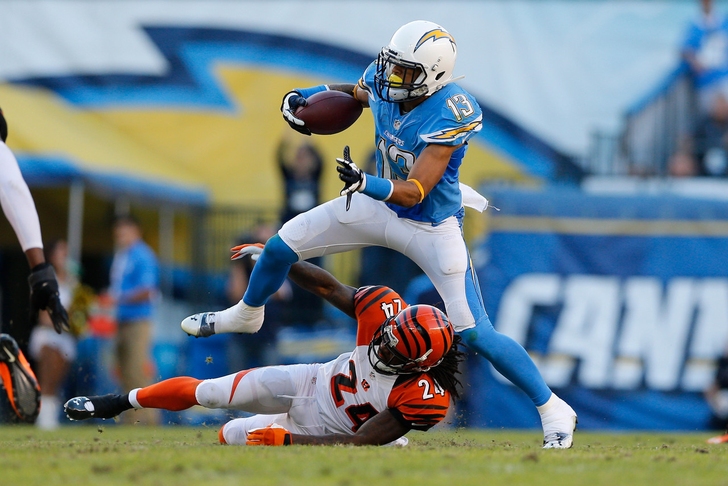 Allen was a third round pick out of the University of California last season, and quickly became one of Philip Rivers' favorite targets. He finished the season as the Chargers' leader in receiving yards, tied for the lead in touchdown catches and third in receptions. Those numbers include a slow start, as Allen caught just three passes for 30 yards in the first two games combined. If you ignore those first two games, or substitute the playoff games instead, Allen is the Chargers' leader in every stat.

He set franchise records in catches and yards by a rookie. He led all NFL rookies in catches, yards and touchdowns.

The best part is Allen just turned 22. There is only one player who put up more yards during season in which they were 21: Randy Moss. That's pretty good company.

Opinion: I'm pretty high on Allen this season, as you can see in the Top 200 Big Board and WR Rankings. He's going to be the No. 1 option for Philip Rivers and is only improving. I'm not worried about a sophomore slump. He's a borderline WR1, who is being drafted as a mid-tier WR2. He's currently being taken early in round four, which is fair draft value. However, I've done plenty of mock drafts where he goes in round five. Allen is a great choice as a WR2, or if you get lucky, a dynamite Flex.