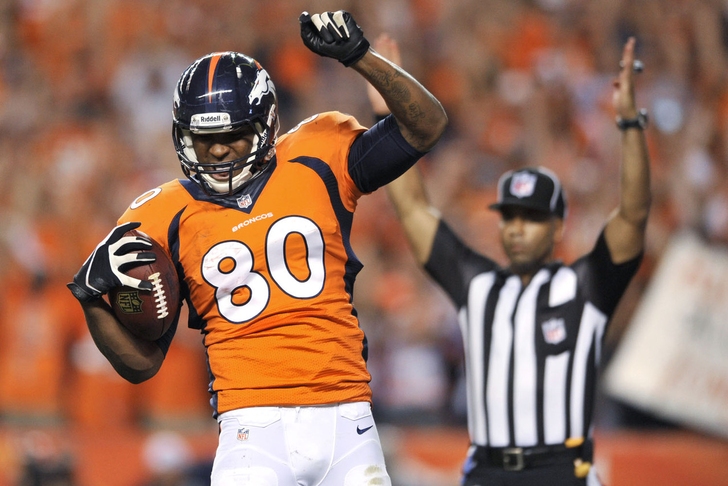 Julius Thomas is going into only his third season as a starter in football at any level. After playing four years of basketball and only one year football at Portland State, Thomas had only one catch for five yards in his first two NFL seasons. Last season was a breakout campaign for Thomas who amassed 65 receptions for 788 yards and 12 touchdowns.

This is a contract year for Thomas and the Broncos' GM John Elway has already came out and said that Thomas will not be given Jimmy Graham money. Elway did reiterate that he would like "Thomas to be a Bronco for a long time, and he has a lot of upside." Thomas shares the feeling and will likely be playing to prove his value to the Broncos this season, in search of a lucrative contract. It is always something to take note of for fantasy purposes when a guy is playing for potential large paycheck.

Like Graham, Tony Gonzalez and Antonio Gates, Thomas is a converted basketball player who has taken that skill set and turned it into success at the NFL level. The ability to use a big body and to win a jump ball at the highest point can prove to be a matchup nightmare for opposing defenses.

Opinion: The Broncos offense will look to expand Thomas's role with Eric Decker now in a Jets jersey. Thomas worked mainly as a "true" in-line tight end last season but increased time in the slot should be in the works.

I expect Thomas's touchdown number to actually increase this season, which will make him even more valuable. Jimmy Graham will be the best fantasy tight-end in the league this year, but who will finish second? I think Julius Thomas has a strong chance to be there.

Thomas is currently being drafted toward the end of the third round. Right after Antonio Brown and ahead of Randall Cobb. Both guys I would probably take before Thomas. Personally that's a bit high for me to go for a TE.

Check out some of Thomas's 2013 highlights!

Want to tell Al how amazingly intelligent or blatantly stupid he is? Follow him on Twitter! (@alking906)

Are you a believer or non-believer of Julius Thomas? Let us know in the comments!