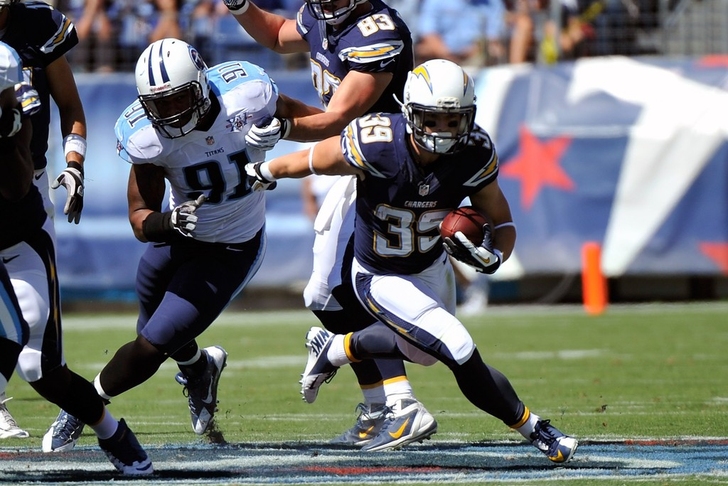 Welcome to week 6, Chat Sports! We’re covering who to start and who to sit in your fantasy league this week - we’re always looking for the not-so-obvious guys you can sneak into your lineup who can give you that edge you’re looking for.

Last week was amazing, with four out of the six guys I labeled as starters putting up double-digit points. Even the stragglers- David Wilson and Rashad Jennings-both got hurt and were on their way to good games. Alshon Jeffery and Terrance Williams, on the other hand, put up some huge numbers, with Alshon being the top fantasy WR of the week! Odds are if you got one or even two of the sneaky guys in your lineup last week, you came away with that ever-so-important W.

Entering week 6 of the season, you're starting to see where you stand in your league. If you’re in the top three, that’s terrific, but don’t get cocky now. Stay active on the waiver wire and keep stashing valuable players. You never know when a stud might go down for a couple of weeks-or even for the year (i.e. Julio Jones). If you’re on top and have a minor hole or need a little depth, trade with some of the bottom teams sending a couple decent guys for their stud while they’re in panic mode trying to salvage an almost lost season. If you’re in the one in panic mode, here in Cleveland we have a very popular saying: “ There’s always next year!” No matter where you stand, get one of these guys in your lineup to help you get that win this weekend:

Garrett Graham, HOU TE: Did you know that while playing in a 2 TE set, Graham was already the 13th ranked fantasy TE? Boasting a stat line of 15/141/3 so far, Graham is ready to take over the number 1 TE duties. With Owen Daniels out for 8 weeks with a fractured fibula, Graham should have no problem moving up. If you don’t have one of the top-tier TE’s, Graham should help your team out the rest of the way.

Danny Woodhead, SD RB: It doesn’t matter that Ryan Matthews left the game with a concussion last week - the Chargers are realizing that he just doesn’t have what take it takes to succeed. If you’re in a ppr league, Woodhead is a must start. Ranking 12th out of all RB’s in ppr leagues, Woodhead will be facing an Indy defense that ranks 30th against the run. Staying on the field for goal line carries last week (and scoring on a 5 yd run) shows that the Chargers aren’t afraid to let him tote the rock. Who would’ve thought Woodhead would be ahead of Doug Martin, Frank Gore, Ray Rice and Trent Richardson entering week 6? If you’d start Sproles, then you'd better start Danny.

Da’Rel Scott, NYG RB: Have a hole in your lineup at RB thanks to bye weeks or injuries? Get on your waiver wire and pick up Scott. With Brandon Jacobs looking like Brandon Jacobs, a slow plodder, Scott should benefit the most and will catch some balls from a scrambling Eli Manning. With David Wilson suffering from a neck injury that will sideline him for at least a couple weeks, Scott is worth a shot at bailing you out of a tough spot. Somebody’s got to carry the ball for the G-Men and I can’t imagine Jacobs helping a college team at this point.

Keenan Allen, SD WR: Over the last 2 weeks Allen has 11 catches for 195 yards and his first professional TD. When I see a guy put up multiple double digit fantasy point games in a row that’s not named Eddie Royal, I want jump on that bandwagon. With the Chargers likely trailing the Colts, look for Rivers to find his rookie receiver for big plays. I like Allen to keep the fantasy points coming this week as he finds his place in San Diego’s offense.

Terrance Williams, DAL WR: I have Williams here again, just in case any of you didn’t get him into your lineup last week. With Miles Austin most likely doing what he does best (sitting on the bench with a hurt hammy), Williams should find himself starting again. After going off for 6/115/1 last week he isn't flying under the radar anymore, but make sure not to leave him on your bench.

Dwayne Bowe, KC WR: The Chiefs signed Bowe to a large contract in the offseason, and it’s safe to say they’re not getting their money's worth. Bowe has a putrid 17 receptions all year long! While I would put most of the blame on Alex Smith, who never seems to look Bowe's way, it’s safe to say that if you haven’t benched this clean-handed receiver, now is the time.

Trent Richardson, IND RB: Plenty of hardcore fantasy football people had Richardson pegged as a huge sleeper (and thought he'd go into next year as a top-3 fantasy back), but we're starting to realize how wrong we were. With a sub-par 3.1 ypc and 256 yds, Trent is killing your team. He never seems to hit the hole fast enoug,h and dances around too much. If the guy doesn’t score a touchdown, then he’s doing you no favors. I see him and Donald Brown splitting carries for a while, with more of the same from Richardson.

Joique Bell, DET RB: For most of the year, you’ve been able to use Bell as a starting back. This week I’d try and do better. Going against one of the better run defenses in the league in Cleveland, look for Detroit to use Reggie Bush even more this week in their passing game. I still like Bell as a flex play on the year (and as a solid starter if Bush gets hurt), but this isn't a week to rely on him.

Maurice Jones-Drew, JAX RB: Drew is already having a bad year, and don’t expect a turnaround this week from the fantasy football-loving tailback. Up against an unstoppable Denver offense, look for Jacksonville to be down by a lot of points early. With the Jags trying to play catch-up the entire game, don’t look for them to rely on MJDs 2.8 yards per carry to bail them out. This little engine that could seems to be running out of steam.

Jordan Reed, WAS TE: This year, it seems like Washington has moved on from Fred Davis, targeting Reed more and more each game. With few viable receiving threats besides Pierre Garcon, I’m interested to see how much more the Redskins use Reed in the offense as the year goes on. If you have a deep bench a mediocre TE, the rookie is worth stashing now to see if his numbers pick up over the next couple of weeks.